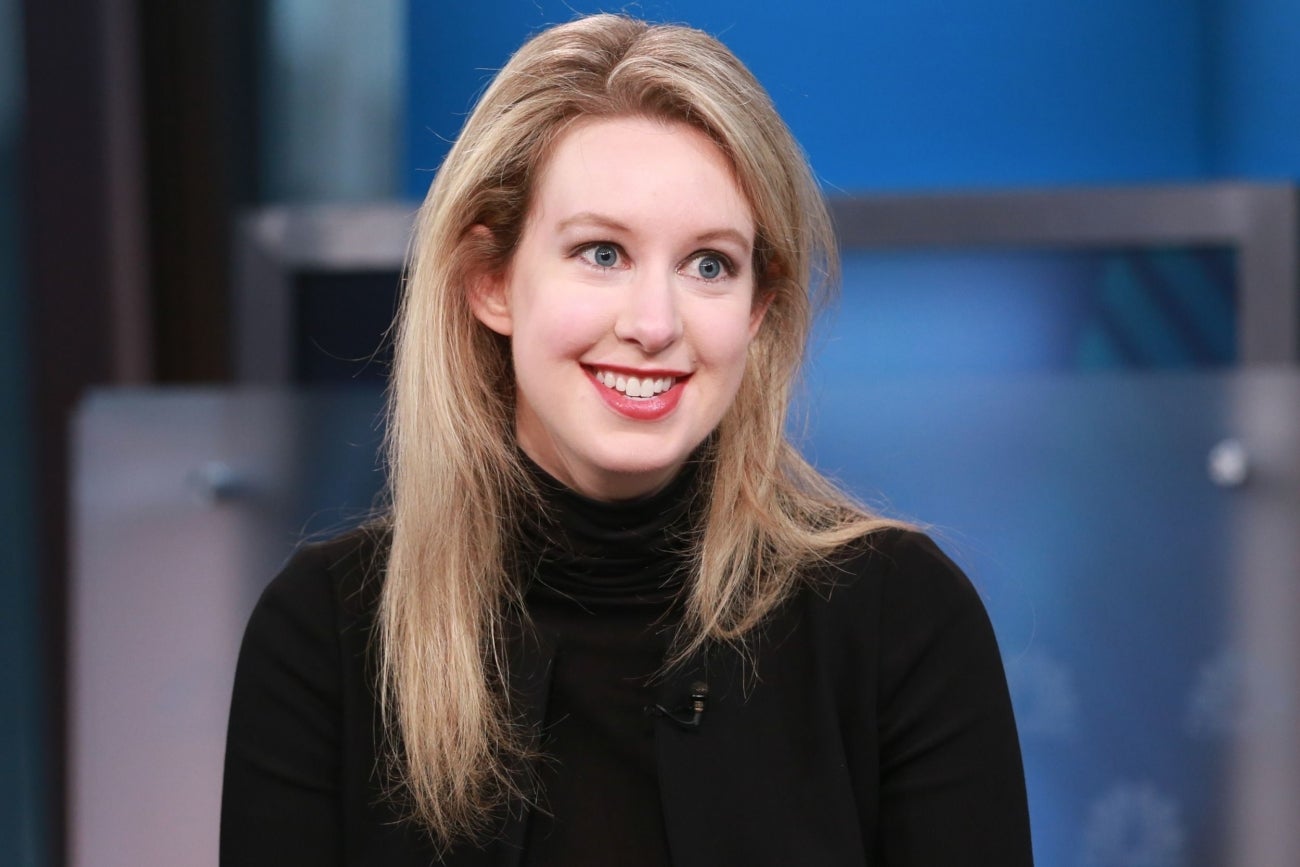 Honesty and transparency are vital for success. Don’t let your customers hear from somebody else that you’ve sold them a work in progress.

Update: On March 14, 2018, the U.S. Securities and Exchange Commission (SEC) released a statement announcing it is charging Theranos, founder Elizabeth Holmes and former company president Ramesh “Sunny” Balwani with fraud. SEC investigators determined that Theranos raised more than $700 million from investors by exaggerating and falsely stating the capabilities of the company’s portable blood analyzer technology, as well as the company’s business and financial performance.

While Holmes and Theranos have neither confirmed nor denied the allegations against them, they’ve agreed to settle. Holmes will forfeit majority voting control, pay a $500,000 penalty, be barred from serving as an officer or director of a public company for 10 years and return her remaining 18.9 million Theranos shares. These settlements are subject to court approval. The SEC will litigate its claims against Balwani in federal court.

It may seem like a 13-year-old company with a $9 billion valuation would have proven itself a long time ago, but the federal government’s showdown with Theranos shows that unicorn status does not excuse a seemingly faulty product.

In October, a Wall Street Journal exposé claimed Theranos exaggerated its services. The biotech firm claimed it could test for more than 240 health disorders, all with a simple finger prick, and quickly generate results using its proprietary “Edison” machines. But the Edisons were only processing about 15 types of tests, sources told the Journal.

Then, the floodgates of skepticism opened, and people were calling the quality and even scientific integrity of Theranos’s operations into question. Various investigations from the past few years surfaced, which showed that a great deal of Theranos’s test results were flawed and that its labs scored poorly in health and safety inspections. Meanwhile, Theranos had never sought FDA approval or clinical peer review, so the FDA paid the company a surprise visit.

Theranos scrambled to improve its methodology and accuracy to meet federal regulations, but these efforts didn’t suffice. Now, the government is threatening to fine the company, shut down its Newark, Calif., lab and ban its top executives. If the agency considering the sanctions, the Centers for Medicare & Medicaid Services (CMS), follows through, president Sunny Balwani and founder and CEO Elizabeth Holmes will be banned from running or owning any lab for at least two years.

Where did Theranos go wrong? Sure, it downplayed the scientific underpinning of its blood tests, potentially because the company never fully established it. Instead, it promoted the story of Holmes, a Stanford dropout and 20-something female billionaire, which was irresistible to the media and Silicon Valley investors. People trusted Theranos and believed its claims, taking for granted that it had followed scientific and legal protocols.

“It really does suggest that somewhere along the line, Theranos either started believing its own PR, or it thought, ‘Well, it’s OK, we’ll catch up with the perception. We just need a little time and a little privacy to work this out,'” says Dorothy Crenshaw, founder of PR consultancy firm Crenshaw Communications, in an interview with Entrepreneur. “That’s simply not a successful strategy, either for business or for communications.”

Despite its sky-high valuation and enviable press coverage, Theranos’s current situation reveals what happens when honesty and transparency are not a part of a company’s DNA. Theranos’s story is of a press darling gone wrong, and how trying to blaze a new path in a heavily scrutinized field can easily backfire, especially on the public face of a company.

If Theranos had been transparent about how its technology worked, or the fact that it wasn’t fully realized, it wouldn’t be in the mess it’s in now. Either the company would have avoided public humiliation and a PR nightmare saga, or it would have bought itself some time to refine and validate its technology. Padding its board of directors with big-name medical professionals, applying for dozens of FDA approvals and hiring new lab techs are proving futile attempts to undo the damage.

“It seems like [Theranos] is trying to adapt the regulatory criteria to its technology and process, rather than the other way around,” Crenshaw says.

Related: Out For Blood: Theranos Orchestrates Bold PR Coup in the Face of Damning Allegations

Although it’s crucial to safeguard a billion-dollar idea, biotech companies are accountable, throughout the research and development process, for sharing the outcomes of clinical trials that measure efficacy and safety. The scientific community vets new discoveries using the scientific method, a multi-step process that ensures findings can and will be replicated.

“The earlier you start a more rigorous process, the more consistency you can expect thereafter,” Toshev says. “It’s important to be transparent in the reporting of results, which is something far more comprehensive than just publishing the data.”

Toshev explains that this is a common problem, because scientific journals are often biased against negative results. He cites the recent example of the blood-thinning drug Xarelto, distributed by Bayer and Johnson & Johnson. A March New York Times story examined claims that the pharmaceutical companies hid faulty study data from the New England Journal of Medicine. It turned out patients did not receive correct doses of the competing drug, possibly skewing the results. Regardless of whether the malfunction affected the outcome of the trial, it’s important to be up front about such mishaps. Patients are now suing the pharmaceutical companies.

Theranos chose to forego scholarly articles but still withheld information. After all, everyone loves a success story.

At the same time, people relate to failure and imperfections, explains serial entrepreneur and business coach John Rampton. “Theranos is marketing itself as the most perfect thing out there,” Rampton says. “It shouldn’t do that. People are still willing to pay companies millions of dollars, even if they have bugs and flaws. When startups are selling their products, I find the ones that do the best are the ones that admit their imperfections.”

Amid all of the controversy Theranos has brought upon itself, Rampton says he believes there is still hope for the company if it comes clean and humanizes itself, as it should have done months ago.

“I think they could gain a lot of trust back from its users. [Theranos] is an amazing company. It’s doing things that the majority of people don’t have access to, and would not be able to afford,” Rampton says. “I would come out and be like, here are 50 different things that we’re working on right now, that aren’t perfect, that we’re trying to improve upon.”

In fact, Theranos has started to do so. In a March 31 statement addressing the CMS report, VP of communications Brooke Buchanan wrote, “We’ve made mistakes in the past in the Newark, CA lab, but when the company was made aware of the deficiencies we have dedicated every resource to remedy those failures.”

The government has yet to make a decision about whether these efforts will be enough to let Holmes stay with the company she founded at age 19. Holmes’s story was central to Theranos’s publicity, and now mention of Theranos conjures the image of her face, framed by blonde hair tucked behind her ears and a Jobs-esque black turtleneck. Once a darling of Silicon Valley, her visage now symbolizes regret. It will be difficult enough for the company to sanitize its image, but if Holmes remains at the forefront, the negative association could stick.

Even if embellishing the truth or failing to follow the rules is not a matter of life and death for patients (or customers), Theranos is a grim reminder of what can happen when a company gets caught up in its own vision.