Bubba’s Fine Foods originally sported a bearded man on its packaging, but have since switched to a more appealing monkey in a fedora.

Jeff Schmidgall learned how important branding is the hard way. Since its founding in 2014, the savory snack brand he co-founded, Bubba’s Fine Foods, has sported a bearded man as its mascot. The thinking was to have a more masculine-styled brand, like those found in the jerky section, to stand out in the natural snack set.

“Despite our branding, 85 percent of our consumers were still female,” Schmidgall said. “It maybe should’ve been obvious to us, but it was a lesson learned.”

So Bubba’s has recently undergone a rebrand, replacing its bearded dude with a fedora wearing monkey — who can resist an ape in a hat? — and playing up its key differentiating factor: savory banana chips as the base of its snack mixes. 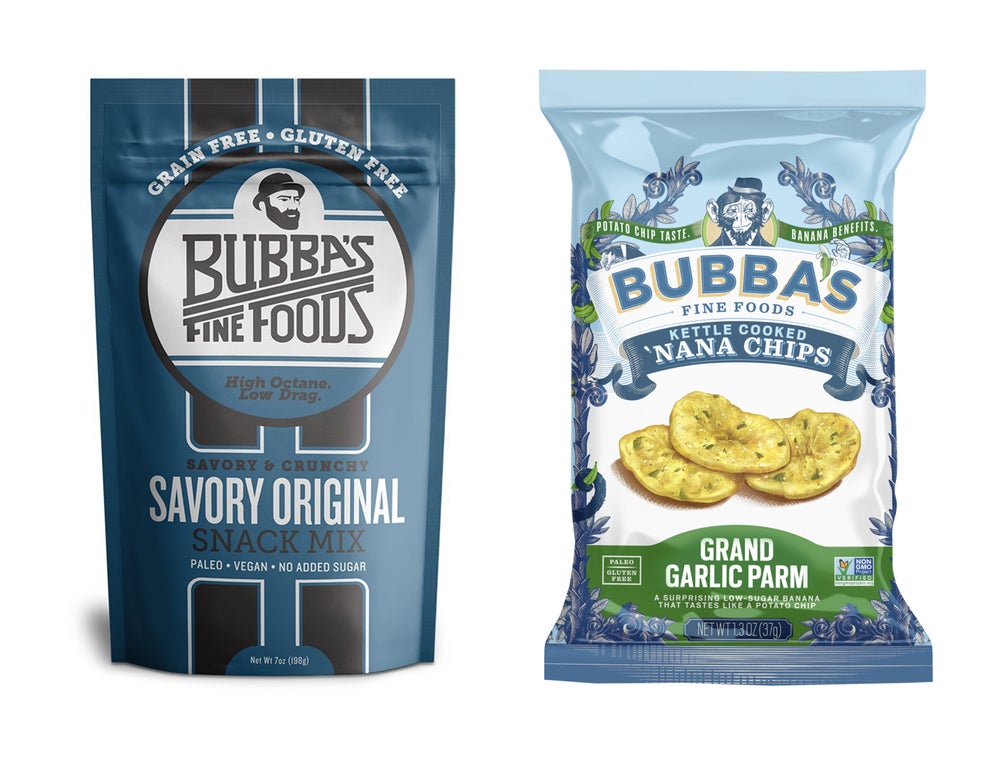 It’s what got the brand this far. Bubba’s products can now be found in 1,800 retail stores across the U.S., and the company says it’s experienced 100 percent year-over-year growth for four years. Its top-selling products are its Savory Original Snack Mix, Grand Garlic Parm Nana Chips and Blazing Buffalo Nana Chips.

Schmidgall co-founded the company with his brother-in-law, Jared Menzel (whose nickname is Bubba), both of whom, according to Schmidgall, are “byproducts of the standard American diet.” The former developed Crohn’s Disease while the latter developed type 2 diabetes. After improving their health by switching to better diets, they still craved salty snacks. Menzel then made his own snack mix using banana chips.

“When he made this snack for me, I immediately knew that the market was craving and needing something just like it,” he said.

Being in a “natural food desert” of Iowa, as Schmidgall described it, he was used to buying food online, so that’s the route he decided Bubba’s should pursue.

Related: The Entrepreneur Behind This Million-Dollar Protein Snack Brand Says Patience Is the Key to His Success

“I had no consumer packaged goods experience prior to starting this company,” he said. “The initial idea was just to do ecommerce and not even do grocery at all.”

But after about two months, Bubba’s had proved a hit with its customers, and a chain of Hy-Vee stores called and requested the product. The brand didn’t even have a nutrition label yet.

“I’m a big proponent of initially doing a ready, fire, aim approach just so you can get something out there and start to get messy with it and figure out what the reactions are,” Schmidgall said. “If you can do that with a somewhat limited amount of capital, you can learn so much by trial by fire. That’s probably the fastest and best way to learn things.” 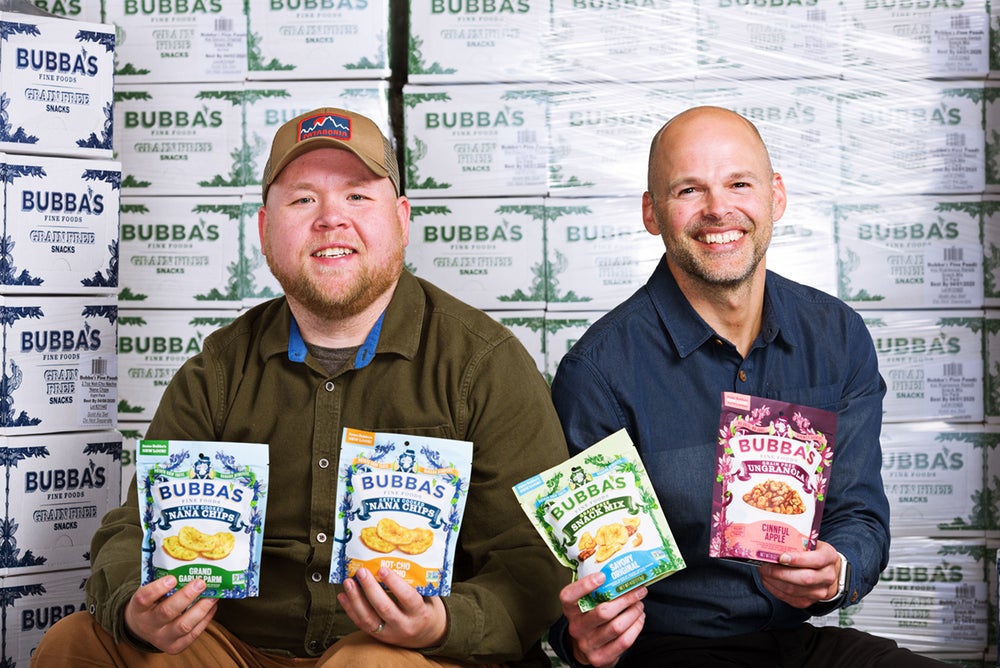 He added, “That’s simply what this Hy-Vee experience was. We just got the product into people’s hands, and all of the sudden doors of opportunity started to open.”

Related: This Pancake and Waffle Company Dedicated Years to Getting Its Branding Right and Now Makes 8-Digit Revenues

Since then, the Bubba’s co-founders have also learned that the old adage of “you have to spend money to make money” applies to packaged foods. One of Schmidgall’s recommendations is to pay stores to feature products at the end of aisles or by checkout to boost visibility. This strategy goes hand in hand with keeping your distribution footprint to a minimum, at least at the start. And of course, spending money early on to have good branding can end up saving funds later.

Bubba’s new branding just hit shelves, so the company doesn’t know what impact it will have, but it’s already used the new design to open conversations with retailers.

“Branding is a really big deal,” Schmidgall said. “It’s the only thing the consumer sees when products are on the shelf. I used my cousin to design the packaging. [But now I know that] the most important investment right off the bat is to get your look nailed down.”

July 15, 2019
The 3 Types of Freedom Affluent Shoppers Are Craving
How Digital Marketing Changed the 2016 Presidential Race and Will Change 2020’s.