A few years ago, Alyza Bohbot, 32, faced a major life decision. Did she want to take over her family’s coffee business? Her parents, Israeli immigrants, launched Alakef Coffee Roasters in Duluth, Minn., in the ’90s and had tremendous success, but business had cooled down and they were ready to sell.

“When my parents started the company, they were one of five specialty shops,” Bohbot says. “Now you can’t throw a rock in Minnesota without hitting 16 coffee shops and five coffee roasters.”

Related: How This Woman’s Remarkable Life Helped Her Demystify Business for Underserved Entrepreneurs

At the time, Bohbot was living on the east coast, having just earned her master’s in school counseling. The last thing she was thinking about was running a coffee business — that was always her parents’ thing. But she also realized she was being offered a once-in-a-lifetime opportunity. “I didn’t want to ever look back at my life and wonder what might have been,” she says. 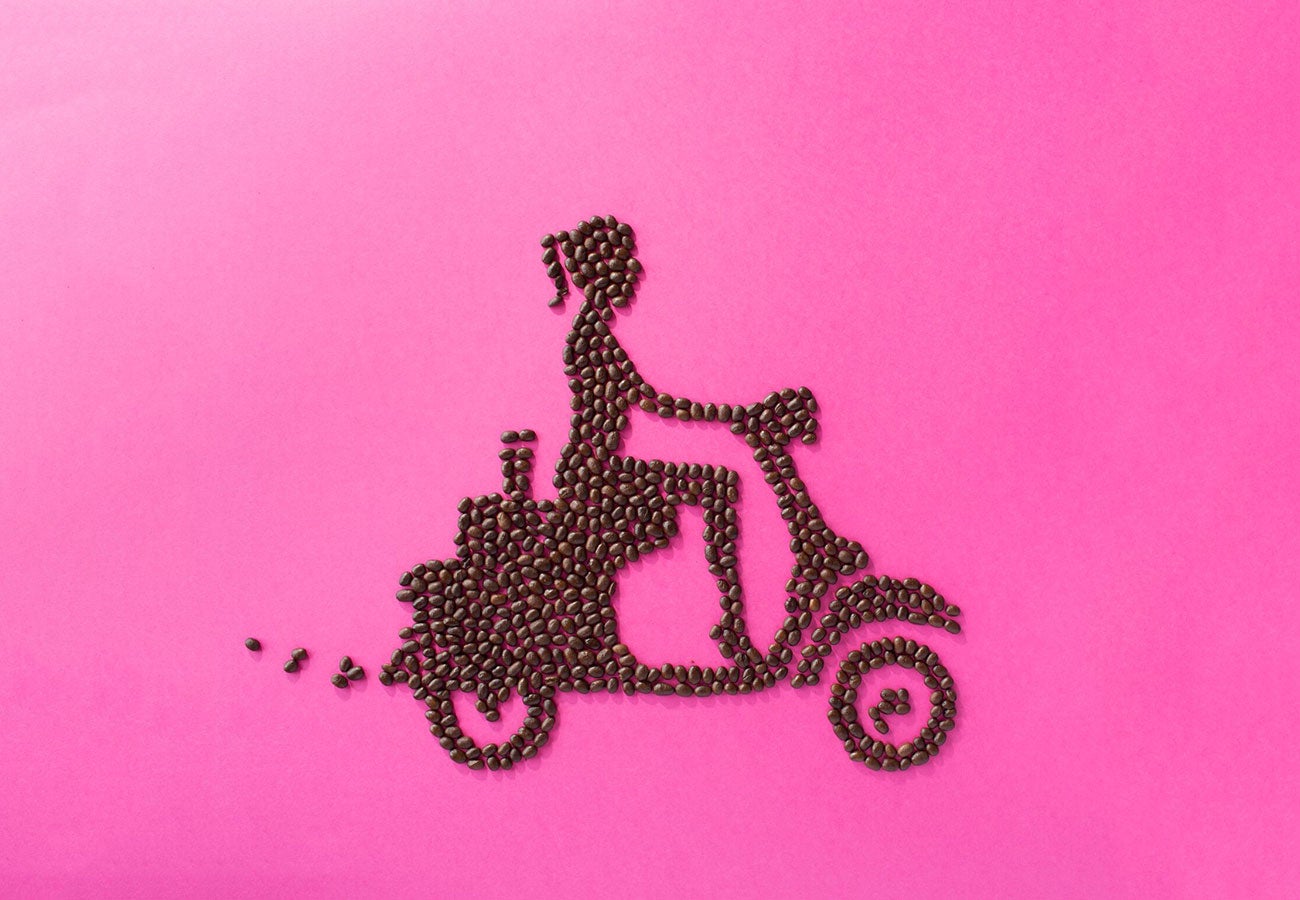 The months that followed were a crash course in all things coffee. Bohbot had to learn the business, research the marketplace and consumers, and figure out how to reinvigorate the brand.

A jolt of inspiration hit her at a trade conference breakfast, when she learned of the tremendous gender inequality in the coffee industry. According to the International Trade Center, women produce 70 percent of the coffee, but have minimal ownership of the land and the business. “I thought, what if we had a coffee brand that tried to source as much coffee as possible from women coffee farmers, and then on top of that, work with these organizations to give back to these women,” Bohbot says.

And so, City Girl Coffee was born — a hip, young, female-focused coffee brand with a mission. The coffee comes in bright pink packages, featuring an image of a millennial riding a scooter, a look that Bohbot describes as “1950s glam meets modern badass.” In addition, City Girl only works with farms and cooperatives that are owned or managed by women, and gives 5 percent of their profits to organizations that support women in the industry.

The rebranding has paid off big time: Sales are up 300 percent year over year, Bohbot says. Here, she shares the wisdom derived from her daily grind into the coffee industry.

“If you’re going into business and you don’t know why your consumers would choose your product over somebody else’s, or what motivates them to purchase your product, you’re already starting 15-feet behind the start line,” Bohbot says.

She did months of research, interviews and networking before she discovered the why of City Girl Coffee: To be a mission-based coffee for young women.

Related: The Company That Created a New Way to Drink Tea Is Truly a Product of Love

Pay attention to your own purchasing habits.

When coming up with marketing strategies for City Girl, Bohbot finds it helpful to step back and observe her own purchasing habits. “I make a mental and physical note on what catches my attention (an advertisement, Instagram photo, packaging), and what moves me to make purchasing decisions,” she says, “then I see if I can mirror those in my business.”

You don’t need to be a visionary, she says, you just need to borrow ideas that are organic to your brand. “A lot of entrepreneurs think everything they put out there needs to be a fresh and original idea,” she says. “But there is so much information already out there and companies that are doing really good things and executing them well. You can learn from that if you pay attention.”

“Consumers are a lot smarter than we give them credit for,” Bohbot says. “They will see through” a product that’s phony and disingenuous right away. If you’re planning on adding what she calls a “give back” piece to your business (like the way Coffee Girl gives back to women in the coffee industry), it has to come from a “genuine and authentic place.” Bohbot’s mission made sense for Coffee Girl — in fact it’s what launched the business in the first place.

Don’t tack on a social mission as some sort of “afterthought marketing tool,” she says. It could backfire spectacularly.

Related: How This Former Ballerina Became a Top Host and Producer at Leading YouTube Brand Smosh

Bohbot concedes that while she excelled at the creative, marketing and sales pieces of her business, she needed to polish up on her financial skills. She advises other entrepreneurs to recognize their weaknesses and surround themselves with people who can help you learn.

“Don’t be so naive as to think you have all the answers,” she says. “It’s not a weakness to ask for help. It’s a way to be successful more quickly.”

To date, City Girl Coffee is sold online and through select Minnesota retailers. Bohbot has plans to expand her business, but she’s taking it slowly. “When you expand really rapidly, you run the risk of losing touch with your company values, mission and culture, and you can diminish your product’s quality,” she says. “At no point in the name of growth am I willing to risk any of those things.”

For now, she’s taking it one delicious drip at a time.

February 15, 2018
Transcript of Stop Networking and Start Focusing on Relationships That Matter
Use This Google AdWords Hack to Lower Costs and Increase Leads