Why B2B marketplaces are now a mainstream digital commerce sales channel [Report]
B2B marketplace sales climbed by 131 percent in 2021, reaching $56.5 billion, making them the swiftest-growing eCommerce channel, with sales expected to reach some $130 billion in 2022, as 57 percent of B2B buyers noted that they were buying more from digital marketplaces during the pandemic, according to recently-released report data. Digital Commerce 360

The Top Challenges B2B Sales Reps Face Early in the Sales Cycle
30 percent of B2B sales professionals have said that getting prospect data to begin conversations was their top challenge, while 38 percent noted that personalizing sales presentation messages to prospects was their leading pain point — two of several findings of interest to B2B marketers contained in newly-released survey data. MarketingProfs

For Influencers/Creators It’s More About Passion Than Money, New Study Finds
Working with brands that share their values and having a passion for a subject area were viewed as the top factors for success as an influencer or creator, while 61 percent of influencers noted they believe that brands should keep the influencer’s audience in mind when forming partnerships, according to recently-released influencer survey findings. MediaPost

Creators Will Play Crucial Role In The Metaverse, New Study Suggests
28 percent of U.S. and U.K. adults said that they can confidently describe the metaverse, while 46 percent have said they want to learn more about the technology, and some 36 percent who noted that they would attend a metaverse-based brand event — three of numerous statistics of interest to B2B marketers featured in newly-released survey data. MediaPost 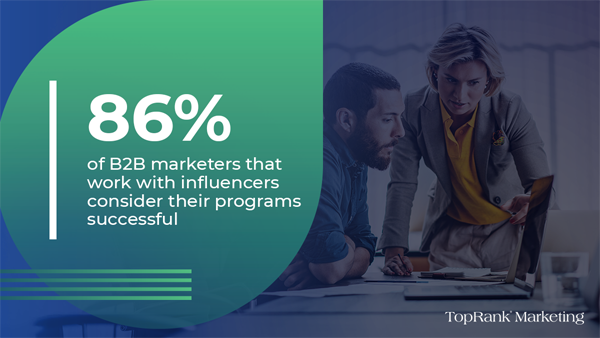 50% of marketers impede ROI by underinvesting in media, Nielsen finds
Influencer marketing has over-performed in brand recall according to new Nielsen return-on-investment (ROI) report data, delivering over 70 percent in aided brand recall, and making it a prime target for brands wishing to try new media channels, as roughly half of marketers were seen to have not spent enough in a channel to achieve maximum ROI. Marketing Dive

MarTech Stays Relatively Steady At About One-Quarter of CMOs’ Resource Budgets
In 2022 CMOs will spend 25.4 percent on marketing technology, 23.7 percent on agencies and services, 25.7 percent on paid media, and some 24.9 percent on labor, with more going to agencies and paid media than in 2021, according to recently-released survey data of interest to digital marketers. MarketingCharts

Twitter now lets all users ‘unmention’ themselves in tweets
Twitter has rolled out a new feature to all Twitter users that makes it easier to leave unwanted conversations on the platform, with the full launch of a previously limited test. Twitter’s “unmention” feature grays-out a user’s Twitter handle within conversations on the platform, and prevents the user from being tagged again, Twitter recently announced. TechCrunch

Spotlight on the Millennial B2B Decision Maker
Millennials have for the first time become the majority when it comes to who comprises the B2B decision maker demographic, and as a group tend to take significantly longer to make decisions than those in the Gen Z and Baby Boomer generation — two of numerous statistics of interest to B2B marketers contained in newly-release report data. B2B International 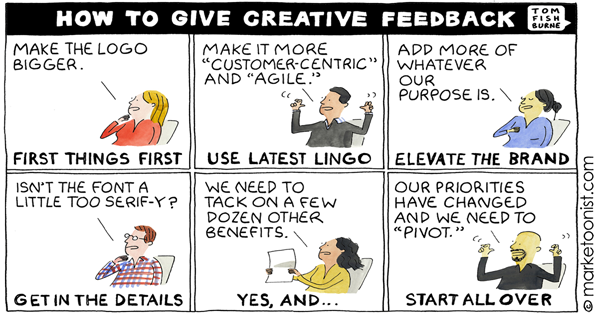 Have you located your own key B2B marketing news this week? If so, please don’t hesitate to let us know in the comments below.

Thank you for taking the time to join us for this week’s TopRank Marketing B2B marketing news, and we hope that you will return next Friday for another array of the most up-to-date and pertinent B2B and digital marketing industry news. In the meantime, you can follow us on our LinkedIn page, or at @toprank on Twitter for even more timely daily news.

July 15, 2022
Why Webinars Should Be a Key Part of Your Business’s Online Strategy
Looking to Diversify Your Investments While Having a Positive Community Impact? Invest in a Qualified Opportunity Zone