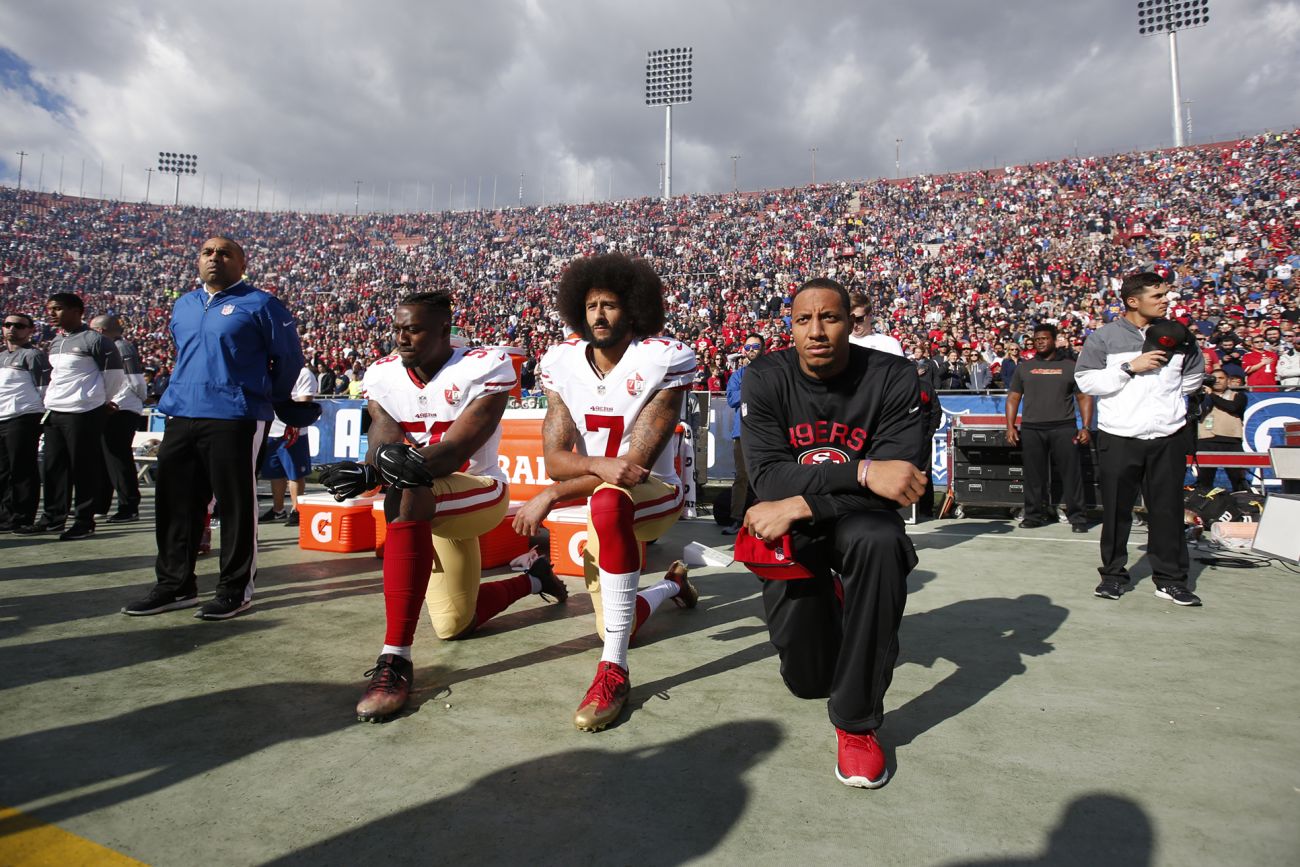 The NFL’s goal is to make the whole issue go away by taking back control of the story. There is no sign it has succeeded.

The National Football League has announced its new policy to punish players who “take a knee” during the national anthem and fine their teams. The announcement came after the league spent close to two years sitting on the bubble of a brand crisis, which began when Colin Kaepernick first took a knee in October of 2016 to protest police violence in the African-American community. The question now is, what effect this latest move by the NFL will have on its brand? Will the new policy quiet the debate and ease the tension, or throw more fuel on a long-simmering fire?

This dilemma comes with big dollar signs attached: the NFL has been valued at over $25B and the average NFL franchise at $2.5B. The Dallas Cowboys, at $4.8B, is the most valuable sports team in the world.

To get at some answers, I spoke to experts in marketing, PR, and IP valuation about how the kneeling penalty policy will affect NFL brands from two perspectives: brand health (regard of the public) and brand economics (how reliably these franchises can continue to drive profits). A number of them chose to speak anonymously.

“The two most powerful forces in marketing are narrative and momentum,” according to Jeff Rosenblum, co-founder of marketing agency Questus. “Unfortunately for the NFL and its players, they’ve lost both on this topic.”

When the issue of on-field protests first arose, the NFL was caught flatfooted without a ready response. President Trump’s high-energy tweets threw the whole issue into a crisis state, still with no response from the NFL. “They were outmaneuvered by Trump,” said one marketing expert. The NFL’s goal is to make the whole issue go away by taking back control of the story. Unfortunately, the new rules seems destined to do the opposite, for several reasons:

There’s little doubt then the controversy will continue. Cameras will scan the sidelines to see who is missing. Team owners will deliver varying viral soundbites. We’ve certainly not seen the last of on-field player protest. Some will surely kneel while others will creatively explore the fine print of the new policy for new forms of expression. Raised fists? Linked arms? Turned backs? Post-It notes on their foreheads? There is no telling.

The continuing controversy will only spell more risk to the health of a brand that has already had to weather a non-stop series of crises of domestic abuse, animal abuse, drug abuse, murder, suicide, DeflateGate, SpyingGate, BountyGate and the ongoing issue of concussions and overall player health and safety. The #TakeAKnee issue may be that last straw for many fans. “I can’t tell you how many friends and colleagues have said, ‘OK, I’m done now,’” one marketing leader told me.

Related: Why You Shouldn’t Run Your Business Like the National Football League

Let’s start by acknowledging that football is still by leaps and bounds the most popular and profitable sports franchise in the country. That’s not likely to change any time soon. Sunday Night Football remains the king of prime-time TV, even with the much-debated decline in ratings.

On the other hand, the timing of the NFL’s announcement is puzzling and probably unwise. We are in the midst of the upfront media season, a frenzy of negotiating and purchasing TV advertising time. From a revenue perspective, there may have been no worse time to launch a new salvo into the long-simmering issue. Advertiser who fear further ratings declines or consumer backlash may spend less on the NFL.

In the era of the social media-powered consumer, advertisers have plenty of reason to fear such a backlash. Consumers and interest groups have grown savvy in their use of social media as a lever to drive action by hitting businesses in their wallets. Brands have faced a near constant stream of #boycotts, often related to advertising. Keurig, for example faced massive consumer pressure to pull advertising from Sean Hannity’s program on Fox News. Immediately after pulling their spending, the brand then faced an even more furious wave of #boycotts from Hannity supporters.

Any prolonging or increase in the level of consumer static raises the probability of advertisers shifting their spending to other venues less likely to incur brand risk. And just as some fans may be feeling at the limits of their allegiance, advertisers may also view the ongoing controversy as one more reason to second-guess their level of investment in a sport that faces challenges from evolving media consumption, growing competition from soccer and sports and the lingering concern around player concussions.

The ultimate impact of the kneeling policy to the NFL and team brands will depend upon their actions going forward. They will need to do a better job of presenting a unified set of league values, moderate their response to the inevitable protest and regain control of overall narrative of their sport.

We’ll all be watching.

May 31, 2018
10 Genius Marketing Campaigns That Went Viral
How to Monetize Your Expertise and Thrive