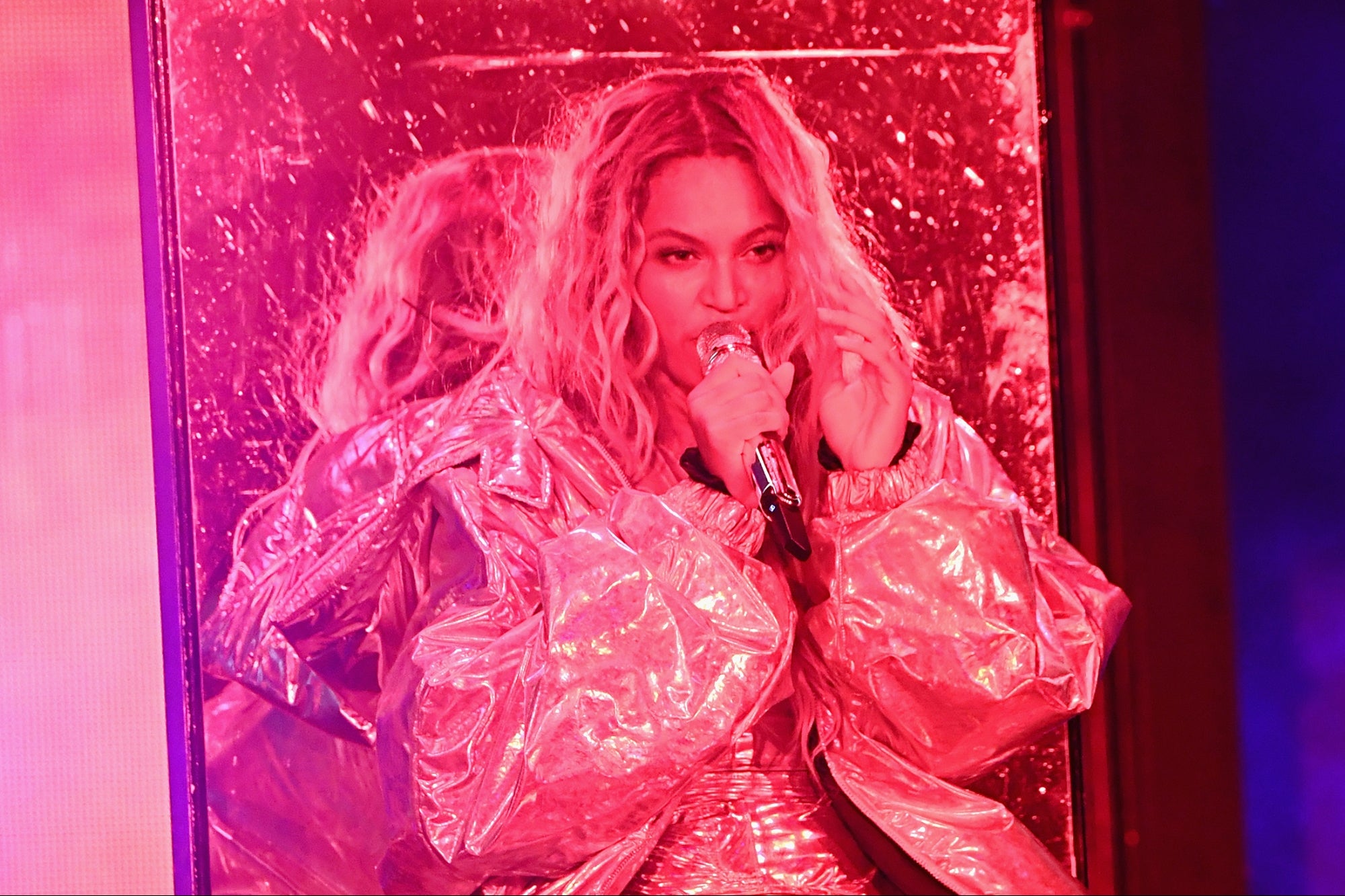 I’m a card-carrying member of the Beyhive. Not in the creepy, swarming all over the interwebs attacking Beyoncé-haters kind of way. But the type that not only enjoys the vibe of her music, but also admires her business-savvy and brilliant marketing strategies. So as you might imagine, news of her latest album release was a pretty big deal for me. In true Beyoncé form, her latest new album announcement was nothing short of marketing genius.

If you want to market yourself, your brand or your business like Beyoncé, do these five things.

The truth of the matter is, at this stage in her career, Beyoncé could announce the release of a rock and people would line up to buy it. But that’s because since the late ’90s, she has consistently produced quality work, despite making several shifts in her career and her life.

From girl group success to solo artist, marriage, motherhood, marriage crisis and more motherhood to multiple world tours and even a movie career, Beyoncé has consistently been on the scene now for well over two decades. No matter the longevity of your business, it’s the lesson of consistency that is a key element of the marketing process that you must not overlook.

Consistency breeds mastery. It also keeps you forefront of mind in the eyes of the consumer. And with consistent quality content, you’ll eventually build your own fan base — maybe not as enthusiastic as the Beyhive — but your tribe will be watching, waiting and on the edge of their seats, anticipating your next thing. When you’ve poured into them consistently, they will be more than willing to buy.

2. Carve your own path

With Beyoncé’s latest announcement comes the ability to buy her new album in the form of a CD. Yes, it’s 2022 and she’s selling CDs. I don’t remember the last time I listened to CD, much less purchased one — but like countless others, I preordered mine immediately. And this is just the latest example of the genius she brings to her marketing efforts. She is the personification of the marketing tactic of zigging when everyone else is zagging. The absolute worst thing you can do for your business is to do the 5,011th version of the same thing everyone else is doing. How can you be different? What about your approach is unique? What can you think of that goes directly counter to the norm in your space? The greater you can move in the direction of uniqueness, the more you’ll be able to set yourself up for game-changing marketing success.

Even though Beyoncé announced her upcoming album on June 16, the actual release date is July 29. This allows for a full six weeks of pre-promotion (and presales) before the album is actually available. One of the biggest rookie mistakes I see entrepreneurs make is not understanding that marketing takes time. From planning a book release to filling a live event, or anything in between, the key lesson here is while there are a lot of things you can do at the last minute in your business (if you absolutely had to), marketing is not one of them. Building in a proper amount of pre-promotion time is essential for success.

While most of us know intuitively that It’s never wise to put all our eggs in one basket most entrepreneurs only feel comfortable marketing in one way. At this moment, notice that you can barely be anywhere without seeing something about Beyoncé’s latest musical endeavor.

Though her initial announcement occurred on social media via a tweet from her husband’s Jay Z‘s music streaming company, this “news” is also making the news. It’s been covered widely on television, radio, newspapers and magazines — including a perfectly timed release of a British Vogue cover. Marketing broadly in this way not only magnifies the reach of the brand it’s also free. Now, of course, the cost may not be a concern for Beyoncé, but for most business owners struggling to keep up with the rising cost of social media ads and most other things these days, understanding how to maximize organic marketing strategies, including the use of traditional media, is a must.

Related: Is Beyonce’s “Break My Soul” the Theme Song of the Great Resignation?

My girl is selling boxes. Boxes, y’all. Full of things you can’t see! But people like me are buying them anyway. In yet another genius marketing tactic, Beyoncé is pre-selling four different box sets for her new project. Generally, purchasers know they’ll receive a T-shirt, the aforementioned CD and a booklet, but they have no idea what any of these items look like. Each set is distinguishable only by the pose number to which each is assigned. Four poses are available and, conveniently, each purchaser is limited to four purchases. The true Beyhive enthusiast will probably purchase one of each pose. What can you learn from this? Think of ways you can incentivize multiple purchases of the same or similar product or service. Why stop at one sale from each customer or client when you can get two, three, four or even more?

While most will not know what it’s like to be a worldwide music superstar, every entrepreneur can take advantage of at least one of the lessons that Beyoncé provides in this, the latest way she’s changed the marketing game.

Business Strategies, Entrepreneurial Advice & Inspiring Stories are all in one place. Explore the new Entrepreneur Bookstore.

July 15, 2022
Is Rebranding the Right Move for Your Company? Here’s How I Knew It Was Time
Weekend Favs July 16