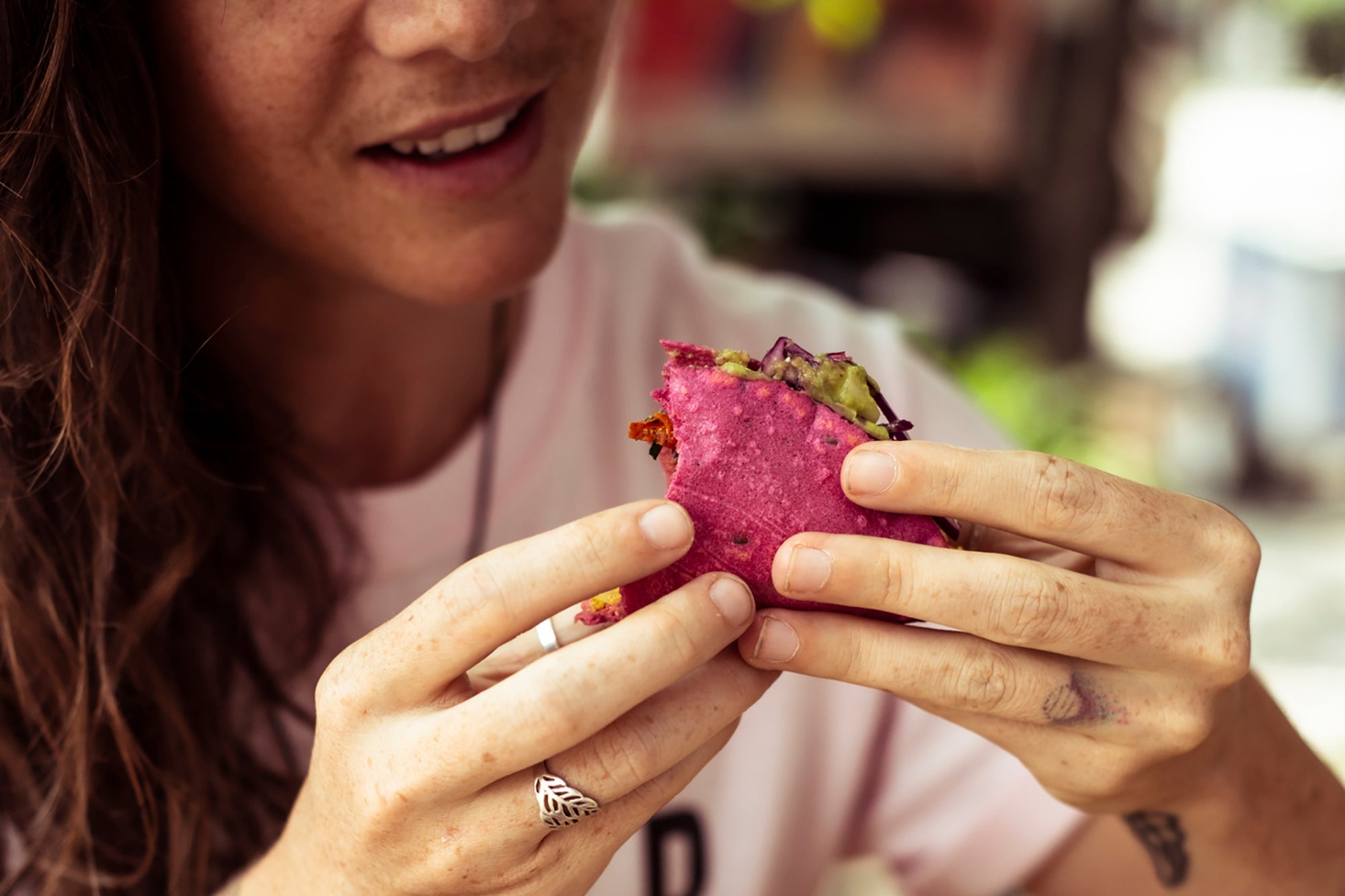 Vegetarianism isn’t what it used to be, due in large part to kids these days. And for the sake of the world, that’s a good thing.

Marketers, parents, teachers, and old fogies of all stripes have always balked at how different the youth are from their own generation. Gen Z has been no exception: though its youngest members are still in grade school, studies and op-eds have already begun making sweeping generalizations about the kids and young adults born between 1997 and 2012 or thereabouts.

The kids are hella cool, boomer

That said, there are some fairly objective points that differentiate Gen Z from even their millennial older siblings. They’re a generation that has only ever experienced a world shaped by the internet. The U.S. has been waging its so-called “war on terrorism” longer than most of them have been alive. And environmentalism, to most of them, never had the appearance of a fringe, hippy-dippy movement – as long as they’ve been aware of the world around them, society has known climate change as a looming and urgent threat.

It’s little wonder, then, that so much activism has already arisen amongst the youth. More than even millennials and Gen Xers before them, Gen Z has inherited a world on fire. And as the ones who are going to be left to deal with the consequences of decades of careless industrialization, they’re not mincing words and they’re not wasting time. Rather, they’re adjusting their diets accordingly – 79% go meatless once or twice a week, and 65% want a more “plant-forward” diet, per a report compiled last year by The Food Institute. Veganism and other movements critical of animal agriculture have seemingly exploded in the last few years alone, which is evident simply from looking at TikTok, if nothing else. Heck, even Gordon Ramsay (father of five, four of whom are Gen Z) has changed his tune about plant-based eating.

Related: Hot and Ready: Light Up the Grill this Summer with Vegan Hot Dogs

The earthy-crunchy, California chill image of vegetarian food is painfully outdated. For one thing, plant-based food is big business – brands like Impossible Foods, Beyond Meat, and Eat Just, Inc. boast millions of dollars in VC backing and are rapidly expanding into new regions and researching new potential products. The business world is – and should be – taking vegan food seriously. Culturally, veganism has taken on a new valence among the generation currently coming of age. It’s cool, even edgy. So it makes sense that smart marketers are trying bold, new tactics to reach young consumers.

One brand that seems to be on the right track is Eat Just, Inc., best known for its groundbreaking plant-based egg substitute. They recently launched an ad campaign featuring comedian J.B. Smoove (best known for his recurring roles on HBO’s “Curb Your Enthusiasm” and the CBS sitcom “The Millers”), which feel more like commercials for fun “junk” foods than lofty do-gooder diatribes. The ads feature relatable and sometimes profane language that actually reflects the way young people talk. And they don’t dwell on the true, but largely well-known facts about the threat animal agriculture poses to the planet. Gen Z doesn’t need to be convinced to eat with the environment in mind. They just need to be convinced that it tastes good.

Alpha Foods, maker of frozen plant-based meals such as vegan pot pies and meatless burritos as well as faux chicken nuggets and patties, is also embracing an edgier side, as it recently launched a clever campaign that pokes fun at (in)famous omnivores who tend to avoid plant-based products, as well as class-action lawsuits and television lawyers. The campaign imagines a scenario in which three of the biggest fast-food mascots – including KFC’s Colonel Sanders, Wendy of Wendy’s, and Ronald McDonald of McDonald’s – have launched a class-action lawsuit that blames the maker of vegan chicken for tricking them into eating vegan. The advert is hilarious, so no wonder it has garnered millions of views.

Oatly went for a similarly succinct – and perhaps a little weird – tone for their Super Bowl commercial. It features the brand’s CEO, Toni Petersson, playing a keyboard (while, inexplicably, standing in a field of wheat), singing a song that simply goes: “It’s like milk, but made for humans….wow, wow, no cow.” It nudges at the point, which is oft-made in animal welfare conversations, that the natural purpose of cow’s milk is to help baby cows grow to be big and healthy – but without being overly didactic. The sparseness and strangeness of the ad is enough to get viewers to look up the brand themselves for more info, if they want to.

“Kids these days” are already invested in eating more plants and fewer animal products. If legacy brands and even young startups in the reducetarian space want to build clout among Gen Zers, they need to get their attention without coming off as lecturing or sanctimonious. It’s simple, really: know who your customers are, and tell them something they haven’t heard a million times before. It’s obvious that flexitarian has a growing aisle in the future. Where does your brand fit in?

Related: Order Up: As Fast Food Continues to Turn Vegan, What’s Next?