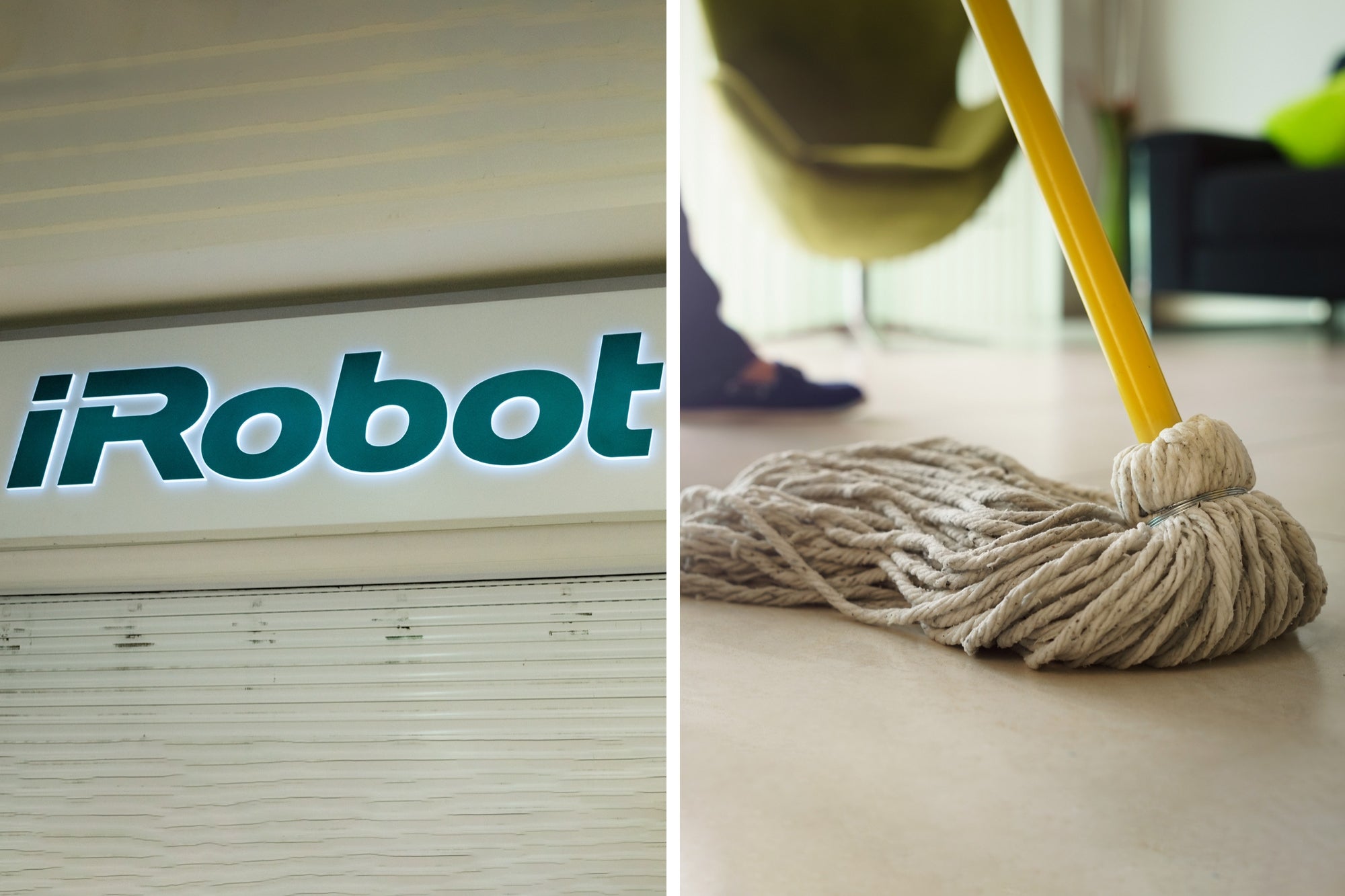 This article was translated from our Spanish edition using AI technologies. Errors may exist due to this process.

Every self- respecting millennial has, wants or at least knows about robot vacuum cleaners , among which the iRobot firm stands out, creators of the famous Roomba . This week the photo of an employee cleaning the floor of one of the company’s premises with a mop went viral. Internet users highlighted the contradiction and now the brand faces a crisis that leaves us with several marketing and sales lessons .

The Pictures of the End account published the image on Twitter, which in just three days was shared almost 44,000 times and cited another 2,500.

Many Internet users took the opportunity to make jokes and memes , highlighting the irony of scrubbing the floors almost by hand in a place full of robots that, supposedly, were created to avoid this task.

However, many others described the situation as “surreal” and a clear example of   “Bad publicity”, and not a few had the most feared reaction: to question the effectiveness of the product.

As that irobot gives me a bad feeling, it does not have to pull very well. https://t.co/h6noK7JjFY

These devices have gained popularity in recent years around the world, especially as the COVID-19 pandemic left new hygiene and cleaning habits.

Between 2020 and so far this year, in the midst of the pandemic, the robot vacuum market has grown by 420 million dollars , according to figures cited by Merca 2.0 . Last year, the sector’s revenues were 2.54 billion dollars , and it is estimated that they will close this 2021 at 2.96 billion dollars.

There could be an explanation vindicating iRobot

The most observant Internet users tried to give context and explanation to the photo, which could vindicate the image of the brand a bit.

Looking closely, fans of robot vacuum cleaners uncovered two clues that the snapshot was an old one , taken between 2011 and 2016, they speculate.

First, at the bottom of the shelves displaying the   Available models are the 774, which is part of the 700 series, launched in 2011, and is no longer for sale. On the iRobot website for Spain you can still consult its technical data sheet , but it cannot be purchased.

The other detail is that the logo of the brand that can be seen on a poster is the previous one. iRobot changed its logo in October 2016 and also released the slogan “You and iRobot , better together”, leaving behind the phrase “Make robots work for you”, according to data from Logopedia .

Due to these factors, netizens speculate that the girl had to use a mop because the models of that time did not have the function of scrubbing floors .

It is not clear when this feature was introduced to iRobot products, but in the company’s ‘milestones’ it is first mentioned in the 2019 Braava jet® model. remove adhering dirt in multiple rooms and large spaces ”.

Others argue that it is perhaps much quicker to mop than to leave the Roomba working, or that the young woman was cleaning up some spilled liquid. Some more say that perhaps it would be more ridiculous and less practical to have a robot vacuum cleaner working all the time on the premises, bumping into the ankles of customers and employees as they try to dodge it.

At the blacksmith’s house … There is an image crisis

No matter when the photo was taken, that moment was captured and is now circulating on the internet, leaving the company in a bad way. This is nothing new, it has happened to millions of images since social media was invented.

There will be those who say that viralization is positive , because in the end it put the brand on everyone’s lips, but remember that not all advertising is good.

It is not that people en masse are going to decide that vacuum robots are useless , or that iRobot robots in particular are a failure and they no longer buy them. Let’s just think that now, when someone contemplates acquiring this modern appliance and starts looking for options, they will remember the image of the employee mopping surrounded by iRobots. Whether this is good or bad depends on each case. There will be those who say “that one not because not even the employees use it”, and others who think “true, there is iRobot, I’ll see how they are.”

The situation iRobot is going through reminds us of several marketing and sales lessons that we sometimes forget, such as these five:

One of the basic premises to give your product credibility and sell it better is that you and your staff are the first brand ambassadors. The contradiction of offering cleaning robots and that the salesperson mops manually, is an incongruity that makes evident the gaps of the firm in its marketing strategy, sales and corporate image.

This is easy: if you sell clothes or accessories, let your employees use them; If you sell cosmetics, it is essential to have test products and your salesgirls with makeup. If you sell robot vacuum cleaners , don’t let your workers mop, at least not in public view.

2. The point of sale is crucial

By common sense, physical locations are the most important part of your corporate image . Therefore, returning to the previous point, your point of sale is the best place to demonstrate the benefits of your product. The photo proves that the brand is missing the opportunity to demonstrate live the effectiveness of its robotic vacuum cleaners and mops.

It is common for business owners and / or managers to be jealous of their products, and often do not want to ‘waste’ a piece to use as a sample, as they see it as a waste, loss or as something they could have sold. On the contrary, it is an investment and any entrepreneur with common sense knows it.

Marketers agree that creating experiences is key to motivating the consumer’s purchase decision. In this sense, if it is true that iRobot does not use its own vacuum cleaners in their premises, they are making a terrible mistake. It is not the same when the saleswoman explains the wonders of a packaged product, than seeing it work right there on a shiny floor, just as you want yours to look.

4. The importance of being congruent

Seeing mopping a girl who sells robots created to eliminate this task is not the best publicity. That is why the consistency of a brand is so important, since its mission, vision and values must be reflected from the headquarters to the salespeople, who in the end are the face of the company before the public.

What can you think of a brand that, although its objective is to facilitate cleaning tasks, does not do it even with its staff?

5. Take advantage of the storm

Negative viralization is one of the great challenges faced by both brands and entrepreneurs, celebrities and almost any individual unlucky enough to become a meme, #Lady or #Lord. The broadcast of a single, specific and isolated moment captured on photo or video can become a stigma that is difficult to remove.

If iRobot gets the hang of it, it could take advantage of the viral momentum to ride the wave and ride it. For example, instead of ignoring criticism or trying to justify what happened, they could create a campaign highlighting how much their products have evolved since the photo was taken. The idea is to resignify that advertising and use it to your advantage, as other brands have done.

And to all this, will they continue to mop the floor of the iRobot stores or will they have already given a Roomba to the employees?

August 27, 2021
5 of the Easiest Ways to Make Data an Integral Part of Your Business’ Digital Marketing
Burger King transforms a hamburger into a control