The reality is, growing a business is a lot like working out or losing weight. You need to find a plan that works for you, you need to commit to it, you need to allow it to build on itself, and you need to do the same things over and over again, even when you’re bored with them.

Far too many businesses I see or work with simply don’t want to put in the effort to make a campaign successful. Or, when they get bored, they blow the whole thing up, regardless of how well it’s working, and move on to the next shiny object.

Related: Do You Have ‘Shiny Object’ Syndrome? What It Is and How to Beat It

The problem is, there is always another shiny object, another new way to market. To be honest, I don’t want new and exciting. I want my business to be steady, my marketing to turn out leads, and for those leads to become customers.

Who cares if I’m bored with the marketing? The point of the marketing isn’t to entertain me, it’s to grow my business. If I get too bored, I’ll take a vacation or buy a sports car, but I’m not going to stop doing what works simply to entertain myself. The problem is, for some reason my perspective is the exception, not the rule.

When you find a medium that works and is steady, you ride that medium hard and work out all those leads until you’re making all sales you can handle. Then, as you have success and a bit of extra money, you diversify. But not until that medium is running like a well-oiled machine, kicking out cash.

Two is one, and one is none.

The most dangerous number in business is one — one of anything. I’m living that right now. As I’m writing this, I have three team members in my company who don’t have backups or anyone who can fill in for them, and all three of them are pregnant. I’m super excited for them, but because one is a horrible number in business, I’ve had to figure out how to fill those positions for six to eight weeks while those team members are on maternity leave.

But too many people have taken the idea of one being the worst number in business too far, too fast.

When you’re doing a million dollars in sales, you’re going to have ones in your life. If that one is your marketing, and you can keep scaling it on a stable platform (by stable, I mean one where the rules don’t change twice a day), then ride that horse, while experimenting with one or two additional media.

One has fractions and phases.

I want to clear up a point that I’ve seen people get confused by when I give this advice. There will be different stages in the customer lifecycle, and you may need one or two marketing components for each stage.

Related: How to Provide Multiple ‘Wins’ Throughout the Customer Lifecycle

For example, let’s say you use Facebook to generate a lead. You now need an education and nurture component, which may be emails and newsletters. That is still all one campaign, because the emails and newsletters take care of a different section of the customer lifecycle. What would be an issue is if you start Facebook advertising, LinkedIn, and direct mail all in the same 90-day period.

If your winning marketing campaign is in an unstable medium, that would be a case where you’d need additional sources of traffic or leads to make sure you don’t find yourself screwed. (For example, if Facebook suddenly decides they won’t allow you to advertise.)

But don’t go crazy. You won’t need six different marketing campaigns to test. Just get one or two campaigns working and keep riding the unstable medium until it goes bad.

Clarity at all levels.

I want to make one last point about marketing campaigns, because other than getting bored, the other major issue I see is that the entrepreneur isn’t clear what the goal of the campaign is and who is responsible for each area. For example, we recently did a direct mail campaign for a customer who called us five months in and said the campaign wasn’t working. He insisted he’d gotten zero ROI.

That is concerning, so we pulled the call tracking numbers and found the campaign was, in fact, working. All the calls had been recorded, and we could hear his team scheduling appointments with new patients. When we shared our data with him, he said that they’d had appointments, but none of them converted from the exams, X-rays, etc. into paying patients.

The goal of the marketing was to make the phone ring with qualified prospects. It was not to convert those people into paying patients, or even scheduled patients. That is the job of the doctor and his team. I understand that may sound harsh, but it’s the truth. The marketing did its job; the customer’s employees and systems didn’t.

Related: 11 Call to Action Hacks to Boost Clicks and Conversions

Had the doctor been clear on everyone’s roles and responsibilities, he would have been able to fix the team issue. But now, he’s going to move to another marketing campaign that simply won’t work for him. 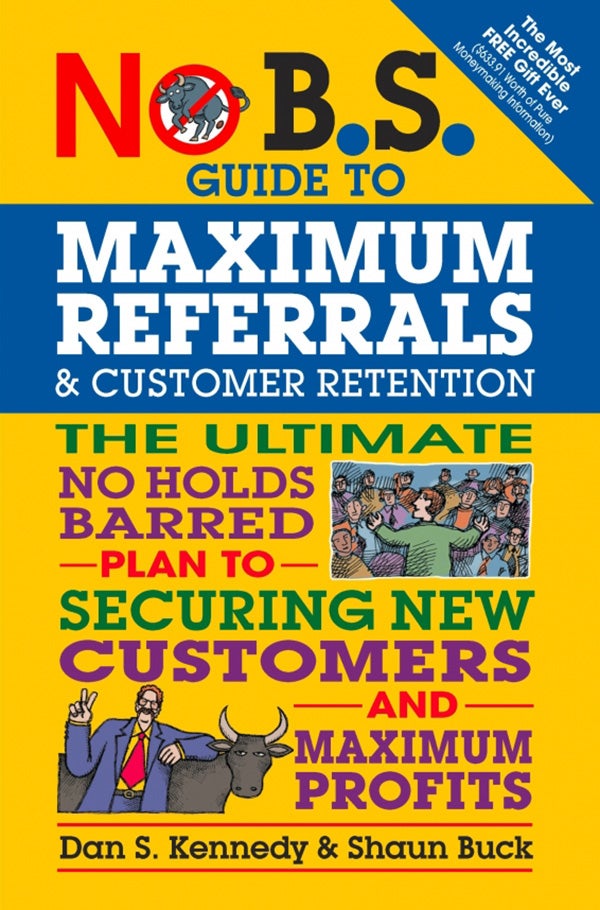 If you truly desire success in business, get comfortable with being bored. Get clear on the goals of the campaign and who or what is responsible for each step, and grind it out. It’s simple in theory, much more difficult in practice — but totally doable for anyone reading this website.