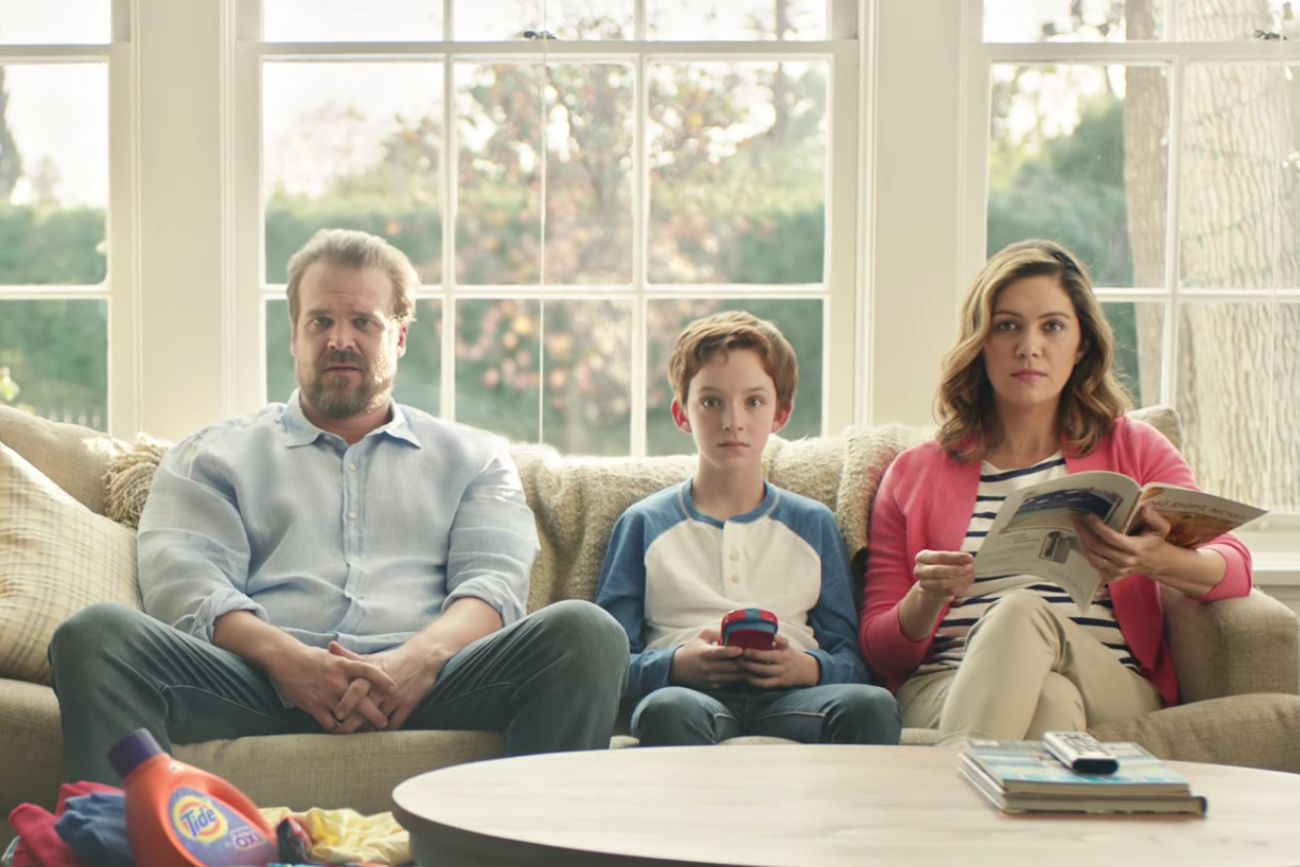 When we reflect on Super Bowl ads of the past several years, certain brands spring to mind, such as GoDaddy, while some campaigns are more memorable than the products and companies they were shilling for (Puppymonkeybaby, anyone?).

But the ads that get people talking in the moment are the real winners, and that’s what the brands and agencies behind this year’s crop of Super Bowl ads set out to do, from drumming up offline engagement with Facebook Live streams and hashtags to promoting values such as diversity and environmental consciousness. There were also a few ads that commented on the very idea of what a Super Bowl ad is.

This year’s viewers saw fewer car ads than during past Super Bowls and more consumer product ads. There were also some movie trailers, of course, which “don’t really count,” as branding and marketing consultant Miro Copic argues.

Copic is a marketing professor at San Diego State University who specializes in branding and the co-founder of consulting firm BottomLine Marketing. “If there was a general theme to the night it was that, diverse as we are, we are better together,” Copic said in an email to Entrepreneur.

But it’s not enough to have a clear message. An ad also has to leave the viewer wanting more. The following are the ads that accomplished that, according to Copic and other critics.

The clear favorite was Tide.

Never mind that people around the country have been voluntarily ingesting Tide Pods. This year, Tide aired a series of ads that made the brand seem extremely savvy, as well as far-removed from the self-poisoning phenomenon.

Actor David Harbour of the Netflix series Stranger Things was the spokesperson, and he appeared in a few settings featuring various TV ad tropes, building suspense about what the first of four commercials was for. A car? Beer? Insurance? Then, Harbour clarified: It’s a Tide ad. Everyone featured in each setting was wearing clean clothes — even a mechanic.

It tapped into a meta sense of humor, poking fun at the very activity the viewer was engaged in — watching cliche ads. Tide hijacked various ad formats and showed that clean clothes are a common thread, no matter what product someone is using or activity they’re engaged in.

“What made this series of ads even more brilliant is that he looped in other iconic P&G brands like Mr. Clean and Old Spice (by bringing Isaiah Mustafa, ‘The Man Your Man Can Smell Like’),” Copic said.

Trade publication Adweek and The Washington Post also labeled the Tide ads the best campaign of the night.

There were too many ‘do good’ ads.
An altruistic theme was the downfall of many of the night’s ads, according to Michael Belch, a professor of integrated marketing communications at San Diego State University.

Budweiser explained how it stepped up to help with hurricane relief efforts in the South in 2017. Stella Artois hired Matt Damon to educate viewers about water scarcity in developing countries and encourage them to buy Stella products to fund solutions. Hyundai took the opportunity to showcase its contributions to pediatric cancer research by flagging its customers at the Super Bowl and thanking them for their patronage.

Simply put, there were too many “do good” ads, Belch said, and they got lost in the mix.

“The worst, I thought, was the Hyundai ‘hope’ ad. It seemed to me to be contrived,” Belch said in an email. “I realize the country is in a bad way and needs all the help we can get, but too many loses effectiveness.”

Ads that promoted the product in question succeeded.
Casting Danny DeVito as a human M&M made viewers think less about the candy and more about the actor bathing in chocolate.

“It was weak, and the ‘eat me’ concept didn’t come off as truly humorous,” Copic said. “It was hard to watch and didn’t endear M&M’s to the audience like most of their animated ads and movie trailers.”

On the other hand, PepsiCo’s Doritos/Mountain Dew rap showdown between Peter Dinklage and Morgan Freeman used well-known actors to drive home what differentiates the two products — in addition to being funny.

“It reinforced the ‘hot’ and ‘cold’ nature of the two products,” Copic said. “Smart. Clever and watchable.”

The Alexa commercial was another spot that underscored the utility of its product while building intrigue.

“The Alexa ‘Lost Her Voice’ commercial was excellent in telling viewers that a world without Alexa would be a bit unpredictable,” Copic said. “First, it reinforced that Alexa can provide you with information and entertainment that you need, fast. Second, it built more trust in Alexa’s soothing voice as the one original digital assistant.”

February 5, 2018
How to Build Intimate Relationships With Your Customers With This Single Lead Nurturing Campaign
5 Ways to Scale Your Business Using Landing Page Software