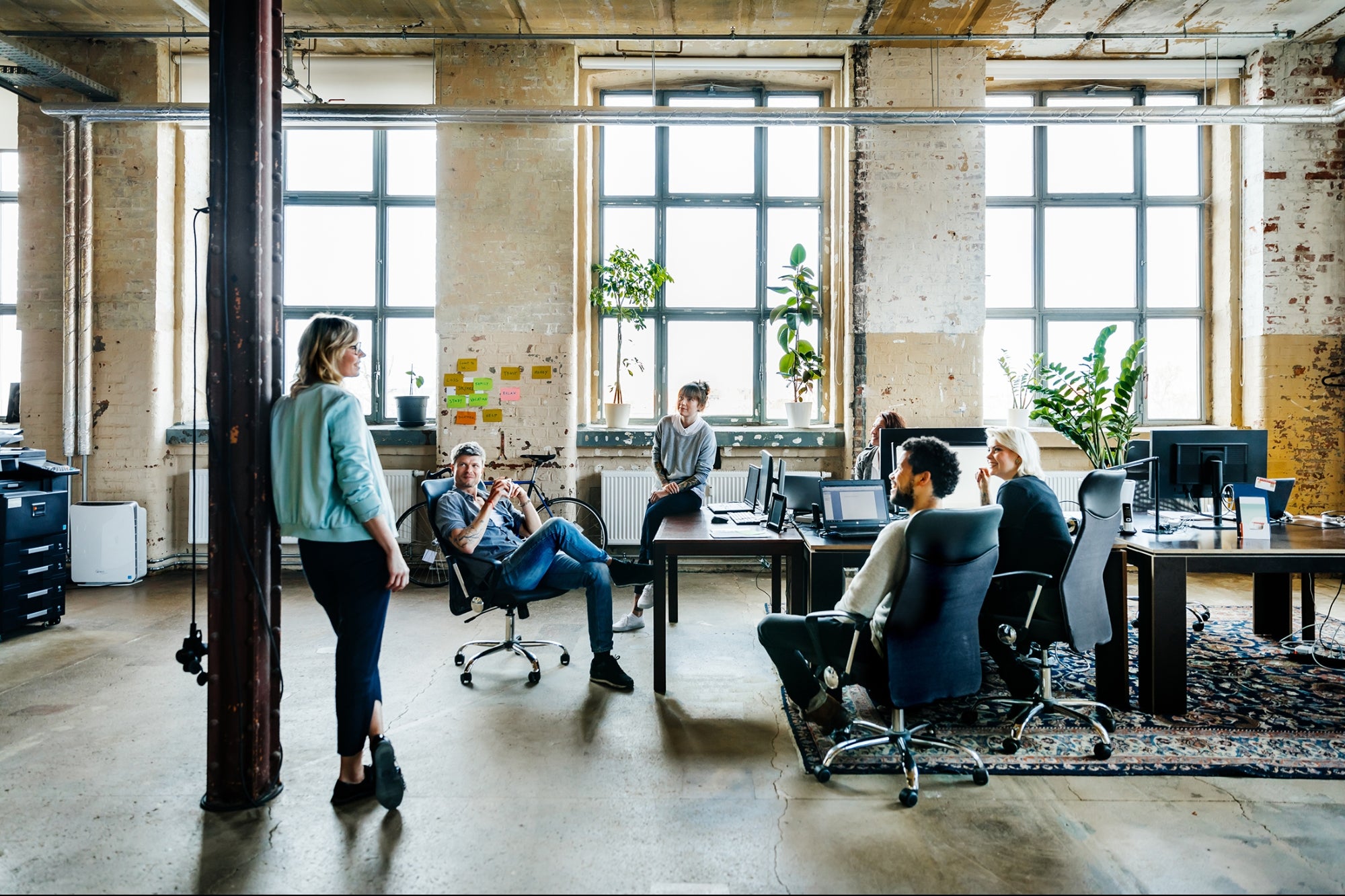 In a report dating back to the pandemic, 80% of people stated an increasing pressure to be productive rather than creative at work.

In fact, since the switch to remote work in 2020, countless studies, articles and blog posts have been published on how to be more productive, how to increase team productivity and (my personal favorite) why one perk, in particular, is dead. The headlines read:

Suddenly, companies scoffed at the ping pong table. Clients don’t want to pay for it, they said. Employees want better benefits, they said. But here’s the thing: The ping pong table was never an employee benefit. That “tah-tap, tah-tap” was the soundtrack of our workdays. The background to which we ideated, brainstormed and crafted creative strategies, wrote clever copy and designed killer visuals. It’s a hum that can’t be recreated on a Zoom call.

The ping pong table represents creative energy. A game or two gives your mind something else to focus on so that ideas can bubble to the surface. It’s the same reason you probably come up with your best ideas in the shower — you’re relaxed. Now that everyone’s remote, there’s no buzz. It’s a hum that simply can’t be recreated on a Zoom call.

Productivity became the most pressing concern in the wake of Covid-19. But productivity isn’t the problem — lack of creativity is. Consider that:

Related: 3 ways to harness the power of LinkedIn for your gig career

Most of us who’ve spent years in the agency world are creative souls at heart. And while many of us likely began our career in a creative role — writer, designer, videographer, illustrator, strategist — most don’t get to stretch those creative muscles in the same way anymore. Our creative output is suffering, and we’re starving for that creative energy.

In a remote work world, how can we recreate it? Even marketing agencies have succumbed to the productivity debate. If you’re feeling a bit hollow, it’s time to make space for creativity.

Arianna Huffington explained that during the industrial revolution, machines were created to minimize downtime. But as humans, our operating systems work differently. For us, “downtime isn’t a bug,” Huffington said, “it’s a feature.”

And downtime should not be synonymous with stare-at-your-smartphone-time. Mobile phones cause us to evade a deeper connection with ourselves. Right before we have an “aha!” moment, our brains “blink” That blink is a rush of alpha waves that let us focus inward and make connections between our ideas and the knowledge stored there. These lightbulb moments tend to happen when we’re doing something passive (driving, showering, falling asleep).

In an agency environment, it’s the impromptu conversations that create these moments. It’s shooting Nerf hoops in the creative director’s office or hitting that little, hollow ball back and forth. And those moments are harder to come by these days. Put down your phone and…

If you’re not carving out creative space and protecting it, you’re cheating yourself and your agency because you’re not bringing your whole, best self to work every day. Slowing down allows us to think of ideas we hadn’t considered.

This type of mindfulness isn’t something we can track in 15-minute increments on the job. Our “hustle culture” rewards overachieving at all costs. It glorifies multi-tasking and prioritizes deadlines. But, when everything in your inbox is marked urgent, when all the client projects are labeled a “hot rush” and when every account manager is vying for their client’s work to be completed first, that’s when burnout occurs. We’re burning the candle at both ends, skipping lunch and still not getting much accomplished. To-do lists aren’t getting crossed off — they’re getting longer.

It’s time for agencies to embrace “slow work” rather than hyper-productivity. It’s a concept writer Cal Newport of The New Yorker calls “slow productivity,” and it’s intended to reduce the volume of work we’re responsible for in a given day.

After six straight months of 10-hour workdays — eight of which were comprised of Zoom calls — I finally embraced the idea. As chief strategy officer of a global content marketing agency, my calendar was overloaded with meetings. I informed my team that every other week would be a “quiet week.” I would only attend meetings that were absolutely necessary. Otherwise, I’d spend those weeks strategizing, writing, and working quietly on big-picture projects and client campaigns.

The first two days of that first quiet week were glorious. I was able to spend more time on thoughtful research. I questioned theories and sketched strategic ideas. On day three, the emails and messages began. They all led with the same phrase: “I know it’s your quiet week, but…”

I had to train my team to know what they really needed me for and what meetings could happen without me. And I had to train myself to say “no” to requests that weren’t critical to our business. You can do the same by following one rule…

Related: 6 strategies for leaders ready to make the magic happen in 2022

Block your time in one two-hour increments each day with notes about the client or project you’re working on. This not only tells your team you’re not available during those timeframes, but it also allows you to move from one project to the next without constant interruptions and helps you stay focused on a single task.

Let your team know you’re making a change so that you have support. The model of billing for every minute of time in order to be profitable is not only outdated and impractical, but it’s also detrimental to employees’ health and causes talented professionals to move on. Most importantly, by modeling this behavior, you’re giving your team permission, too. And that’s a vital office culture shift that can help you retain your most valuable employees in a time when many are looking to make a move.

Agency executives: it’s up to us to change the model.

If you’ve been tracking your team’s time for years, it’s time to use that data to make smarter decisions and create a new model for the agency of the future. What will it look like? What will the soundtrack be? How can we scale and grow while improving profitability?

We’ve not lost all our creative abilities — we’ve simply misplaced them. So, for agencies’ sake — and for brands who count on agencies to pull it off — let’s hope the ping pong table comes roaring back.

August 2, 2022
Inside This Entrepreneur’s Quest to Help Families Get a Great Night’s Sleep
Should Your Brand Take a Stand? Here Are 5 Critical Steps For Getting It Right.