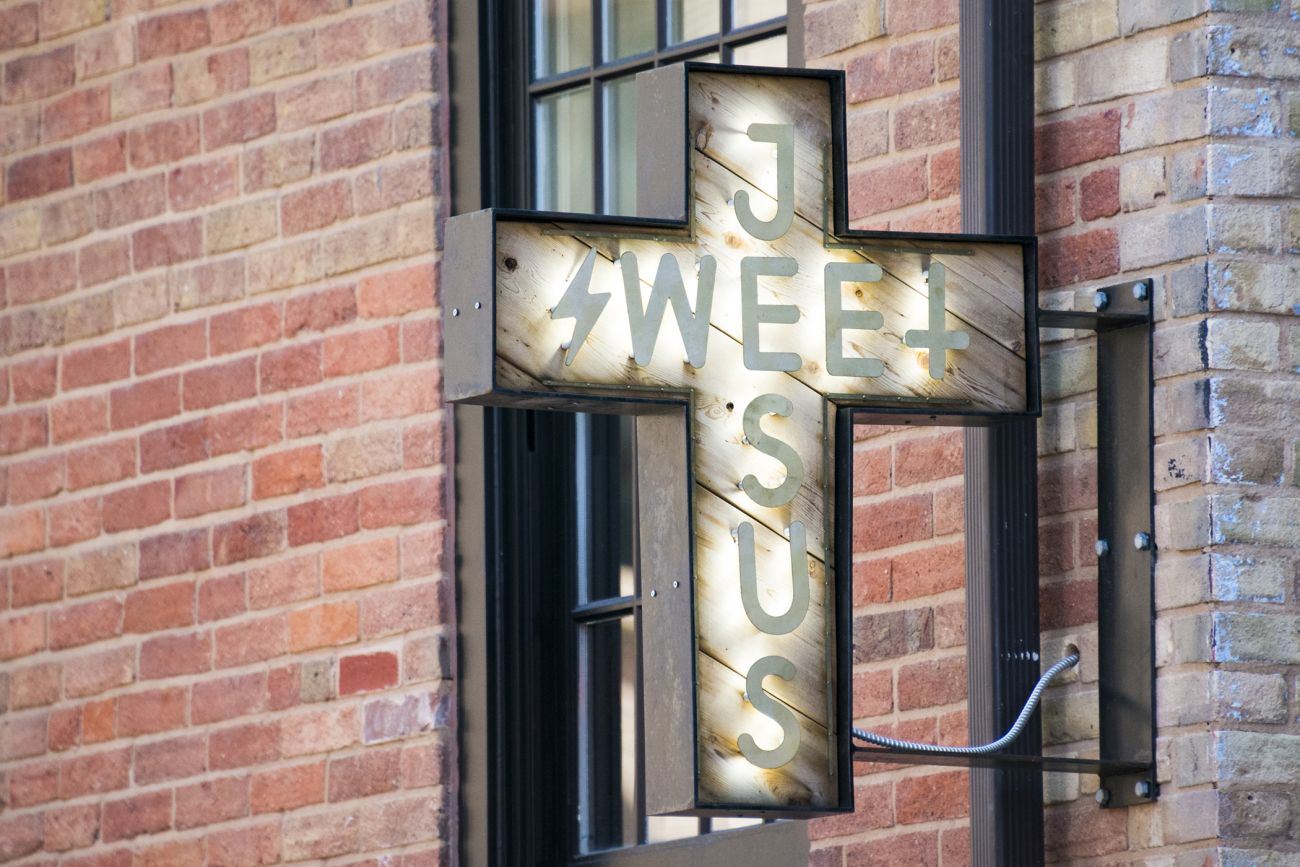 If you’ve ever had a scoop of ice cream so good that you find yourself muttering “sweet Jesus” then I have some advice for you: eat more of that ice cream. Now, if you happen to be the owner of an ice cream business and you overhear your customers and employees mutter the same phrase when they taste your ice cream I have some advice for you too: don’t even think about using that expression as the name for your store.

Unfortunately, I’m not acquainted with the owners – Andrew Richmond and Amin Todai  – of the Sweet Jesus ice cream shop in Toronto, Canada. If I did, I’d have given them this advice. Now, unfortunately, some are giving them the cold shoulder.

According to a recent article in The Star, both Richmond and Todai have come under fire from religious groups who are claiming that the name of their store is “blasphemous.” Of course, the name has nothing to do with religion and everything to do with that out-of-this-world feeling you get when you have a scoop of their ice cream. Even Richmond and Todd point this out on their website, writing that the company’s name is just a “popular phrase that people use as an expression of enjoyment, surprise or disbelief.”

Related: 3 Tips to Turn Your Brand Into a Religion

But this doesn’t matter to the people who are offended. In Canada, where Sweet Jesus has almost twenty locations, people are more chilled out about these things. But now that the successful chain is expanding into the U.S., religious activists here are turning up the heat.

Complaints began appearing earlier this year after the entrepreneurs opened up shops in Baltimore and the Mall of America near Minneapolis objecting about the brand’s logo which some feel is “offensive and revolting” and encourages “hate speech towards Christians.” According to The Star report, a petition which has more than 8,000 signatures as of a few days ago calls for a “public apology for openly (attacking) the Christian community and God.” Opponents are demanding the store change its name because “Sweet Jesus is all about trashing Christianity and mocking the saving work of our Lord Jesus Christ.”

Now before you sound off with your own opinions about the religious right or whether or not the shop’s owners really are taking the Lord’s name in vain, just hold on a minute. People have a right to their opinion and it’s not for a business owner to decide what does or doesn’t offend someone. This story is not about Jesus. It’s more about whether or not a couple of guys should name their business after Him. In my opinion, they shouldn’t.

No, I don’t have anything against Jesus and yes, I’m an advocate of free speech. But even more so, I’m a capitalist. The minute I see clients of mine let anything related to religion, whether it’s serious or in jest, make its way into their business I see a potential risk to their profits.

People around the world, and not least in the U.S., feel very strongly about religion. I don’t mess with that. I respect your faith. But please…keep your religion to yourself. Don’t hang crosses or pictures of your religious heroes on the walls in your reception area. Don’t hold daily prayer sessions in the office (and yes, I have one client who does this, to the discomfort of some of his employees). And to the guys at Sweet Jesus…don’t make jokes or have fun with the name of a religious figure. Bad idea.

Doing any of this risks alienating both customers and prospective employees. Business is tough enough without having yet another headache to deal with. Now Richmond and Todai are dealing with this major headache. Is the media attention worth it? Perhaps. But c’mon — they were smart enough to come up with this name. Think of another. I’m sure your ice cream is worth it. Otherwise, letting religion play a part in your company’s branding or environment is inviting trouble.

March 28, 2018
How to Survive the Social Media Midlife Crisis
Ask These 3 Questions to Determine Where to Spend Your Marketing Dollars