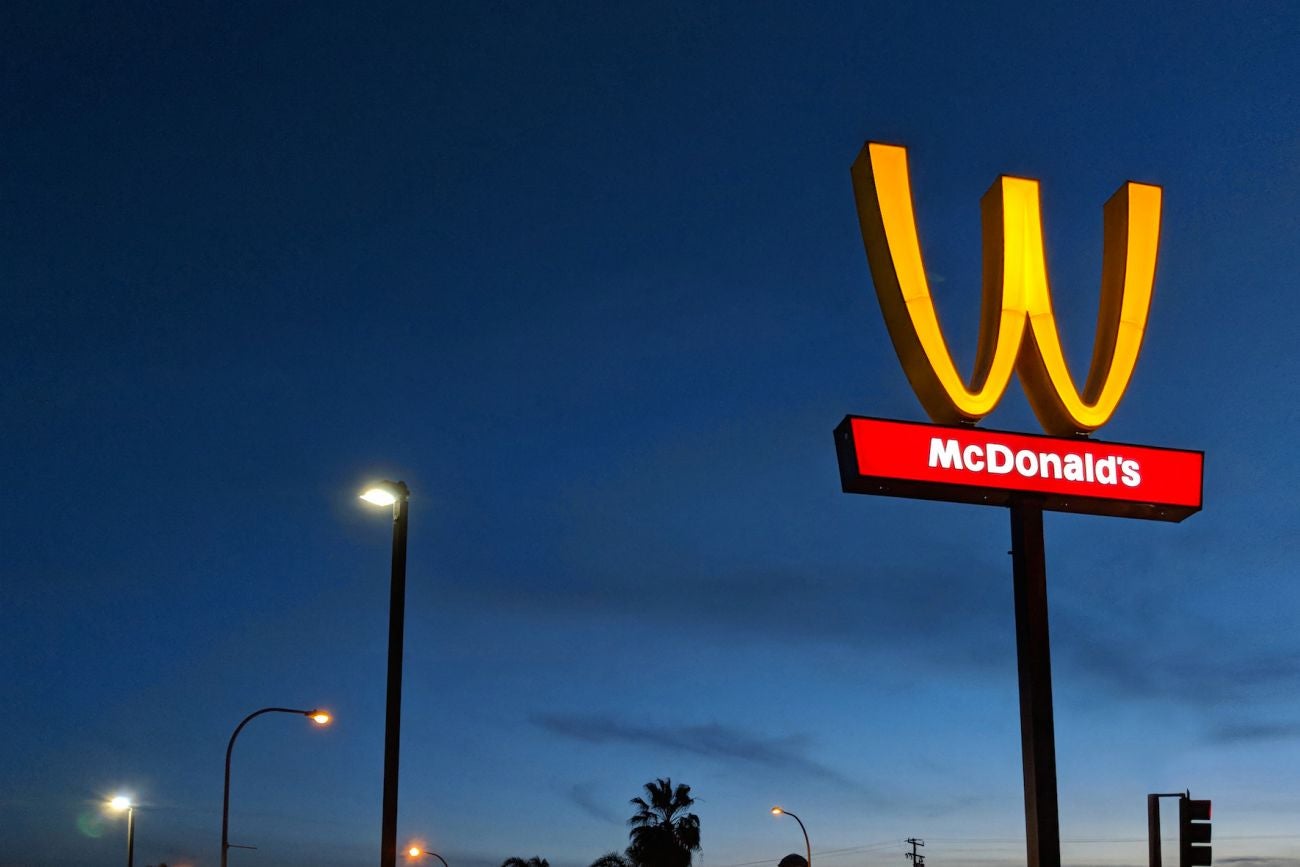 The company is also flipping its logo on all its digital channels to celebrate International Women’s Day on Thursday.

People driving by a McDonald’s in Lynwood, Calif., might be baffled by an upside-down sign. The golden arches, typically standing as an M, have been flipped over to become a W.

But this isn’t a bizarre prank or a careless mistake. The upside-down arches are in “celebration of women everywhere,” a McDonald’s representative told Business Insider in an email.

McDonald’s says it will turn its logo upside down on all its digital channels, such as Twitter and Instagram, on Thursday, while 100 restaurants will have special “packaging, crew shirts and hats, and bag stuffers” to celebrate.

“In celebration of women everywhere, and for the first time in our brand history, we flipped our iconic arches for International Women’s Day in honor of the extraordinary accomplishments of women everywhere and especially in our restaurants,” McDonald’s global chief diversity officer, Wendy Lewis, said in a statement.

Lewis continued: “From restaurant crew and management to our C-suite of senior leadership, women play invaluable roles at all levels, and together with our independent franchise owners, we’re committed to their success.”

Several brands, including Old Navy and Barbie, have debuted products to honor International Women’s Day. Meanwhile, some companies — such as BrewDog, which rolled out what it said was a satirical “beer for girls” called Pink IPA — have been criticized for using the day to advertise to women in what some consider a reductive manner.

March 8, 2018
Transcript of How to Create Content That Stands Out and Gets Results
Here’s Why You Shouldn’t Design Your Brand for Instagram — and What to Do Instead