The social network is launching a subscription tool for extra content.

Limited-Time Savings: 60% Off of Our Social Media Books

This article was translated from our Spanish edition using AI technologies. Errors may exist due to this process.

Twitter officially presented its content-monetization tool Super Follows, which tweeters can use to earn extra money with exclusive messages for their followers. According to a statement from the microblogging social network, users will be able to set a monthly subscription fee of $2.99, $4.99 or $9.99 to monetize extra content.

Related: Twitter Seeks to Diversify Its Income and Buys the Newsletter Company Revue

“Today we are excited to introduce Super Follows, a new way to earn monthly income by sharing exclusive content for subscribers with your followers on Twitter. With Super Follows, people can create an added level of conversation on Twitter (sharing extra tweets and more) to interact authentically with their most engaged followers – all while making money,” the company reported.

Who can create a Super Follows subscription?

Anyone can monetize his or her content by having the option to offer his or her tweet to a general audience or to his or her Super Followers through a tab that will appear before publishing.

As it is a launch, at the moment only a very select group of people in the United States with iOS will be able to use it. However, Twitter notes that “people can still request to join the waiting list to establish a Super Follows subscription by sliding the sidebar on your Home Timeline, tapping on Monetization, and then selecting Super Follows. In order to enter the Waiting list right now, you have to have 10,000 followers or more, be at least 18 years old, have Tweeted 25 times in the last 30 days, be in the United States and follow our Super Follows policy. “ 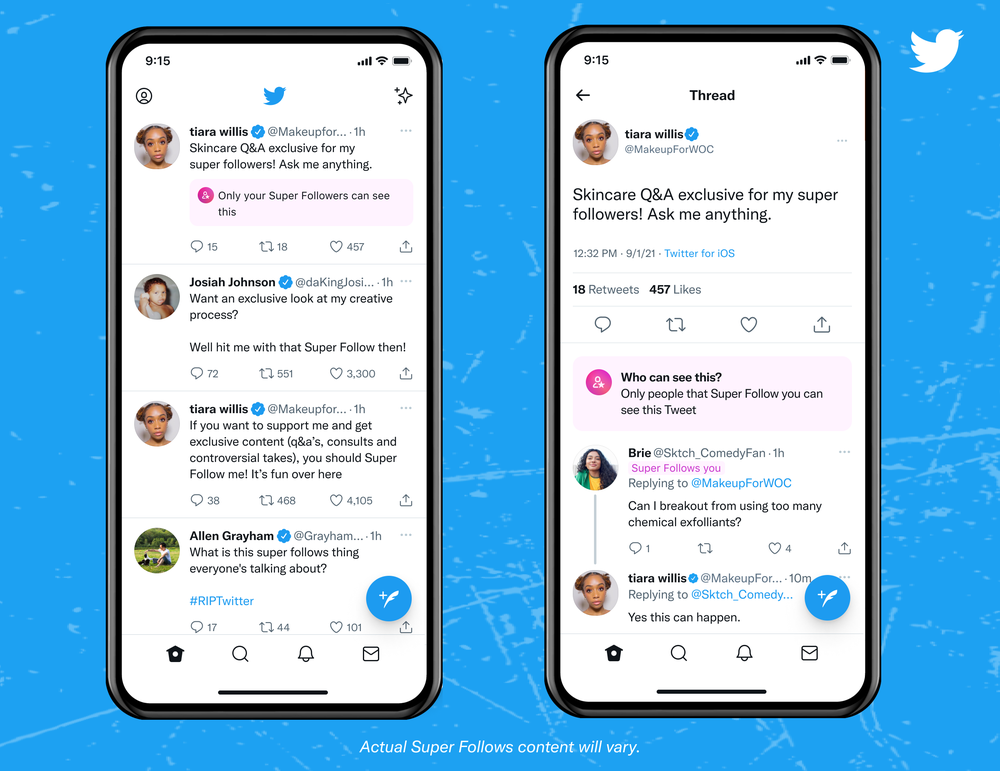 TechCrunch noted that Twitter will only take 3% of tweeters’ earnings up to the first $50,000 generated through Super Follows. Once this figure is exceeded, the company will keep 20%.

Twitter already has a paid content option called Tip Jar, a “tips” tool that only applies to accounts of “journalists, experts, and nonprofits.”

September 2, 2021
How to Avoid Bias in Your Marketing Reporting
3 Ways to Stand Out in the Expert Economy