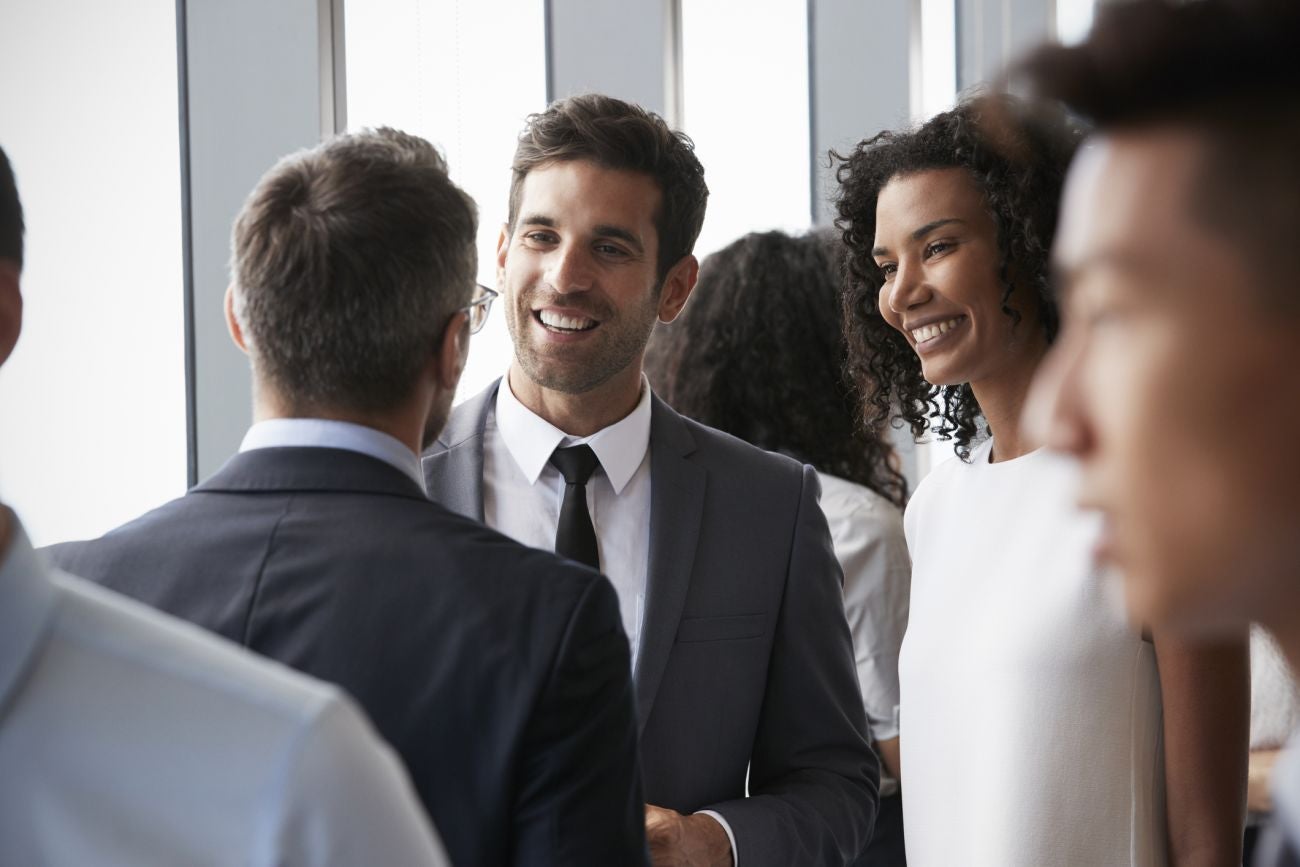 Learn when it’s appropriate to use hand gestures and head nods when building new relationships.

Body language can be a powerful attractant or deterrent when it comes to building relationships with others. People assess you visually within the first few minutes of meeting you. I’ve been asked a lot about body language by the media over the years. Here are some of their questions along with my answers relating to the use of body language in networking environments.

Related: 5 Networking Tips for Introverts Moving to a New Industry

1. What can you do to increase your confidence and to come off as warm, friendly or knowledgeable to others?

People over-think this issue. The answer is pretty straight forward — be more “interested” than “interesting.”  When you are meeting people, practice being an interested interviewer and an active listener. Learn about them and during the process make sure that your facial expressions match that interest. Don’t look bored — look engaged. You can do that with a smile, appropriate reaction to a comment or a few nods (but not like a bobble head doll). Also, use your eyebrows to show your reaction to comments. Do this in an authentic way. If you really show interest in other people, you will be amazed at some of the stories you hear and people you meet. You will also make a great impression on these individuals. All of these things will help to make you look warm, friendly and confident.

2. What is the latest reputable science saying about hand gestures and how they effect the way we’re perceived by other people?

In a study done by Holler and Beatie, they found that gestures increase the value of someone’s message by 60 percent! They analyzed thousands of hours of TED talks and found one striking pattern. The most watched TED Talks were done by people who used effective hand gestures.

Related: How Women Can Build Stronger Relationships at Work — and Actually Boost Their Careers

Remember that hand gestures are good when talking to someone, but don’t turn it into “jazz hands,” where your hands never stop waving! Be purposeful with your gestures.

Also, when doing certain hand gestures, make sure to do them from the listener’s perspective, not yours. For example, if you are talking about the growth of a business, you might naturally do a hand gesture going from your lower left to your upper right. That looks like growth from your perspective, but it would be the opposite from the listener’s perspective. The same goes regarding a timeline. For you, the start of a project would be on your left and the end of the project would be to your right. However, for the listener, your hand gesture should be flipped so that the gesture you are making supports the point you are sharing according to the other person’s perspective. This is a very subtle technique that can really help in your discussions with people.

3. We’ve been hearing about how the so-called “Power Pose” or “Superman Pose” (hands on hips) may not be as effective as research initially showed — is this true? Are there other poses that increase confidence?

The “Power Pose” is great if you are Wonder Woman or Superman. For mere mortals — not so much. It just looks theatrical. Power Posing is a discredited theory of psychology that was based on a 2010 study that has even been refuted by one of the original authors of the paper.

Related: 3 Ways to Get More Business From Your Next Networking Event

Instead of “striking a pose,” be your best self. Don’t hunch over or look like a wallflower, don’t cross your arms and, above all — maintain good eye contact. Don’t be looking around the room as you are talking to people. It makes them feel like you don’t care about them. Remember, be interested and look interested when you are talking to someone.

4. Personal space is sometimes an issue. How close should you stand to people when you are talking to them?

The study of proxemics has an application to personal space in a conversation. Personal space varies by culture; however, generally speaking, in North American cultures, personal space is roughly arm’s-length away. Don’t get in someone’s space unless you have a relationship with them that would justify that. Don’t make people feel uncomfortable by standing too close. In this day and age — that is particularly important with the opposite gender.

Body language in networking environments can be very important. Keep the above points in mind. Be comfortable and authentic while not trying to overthink the issue. The key is to practice, practice, practice and observe reactions over time.

July 11, 2018
Why and How to Rename Your Business
40 Entrepreneurs Share Their Secrets to Staying Focused