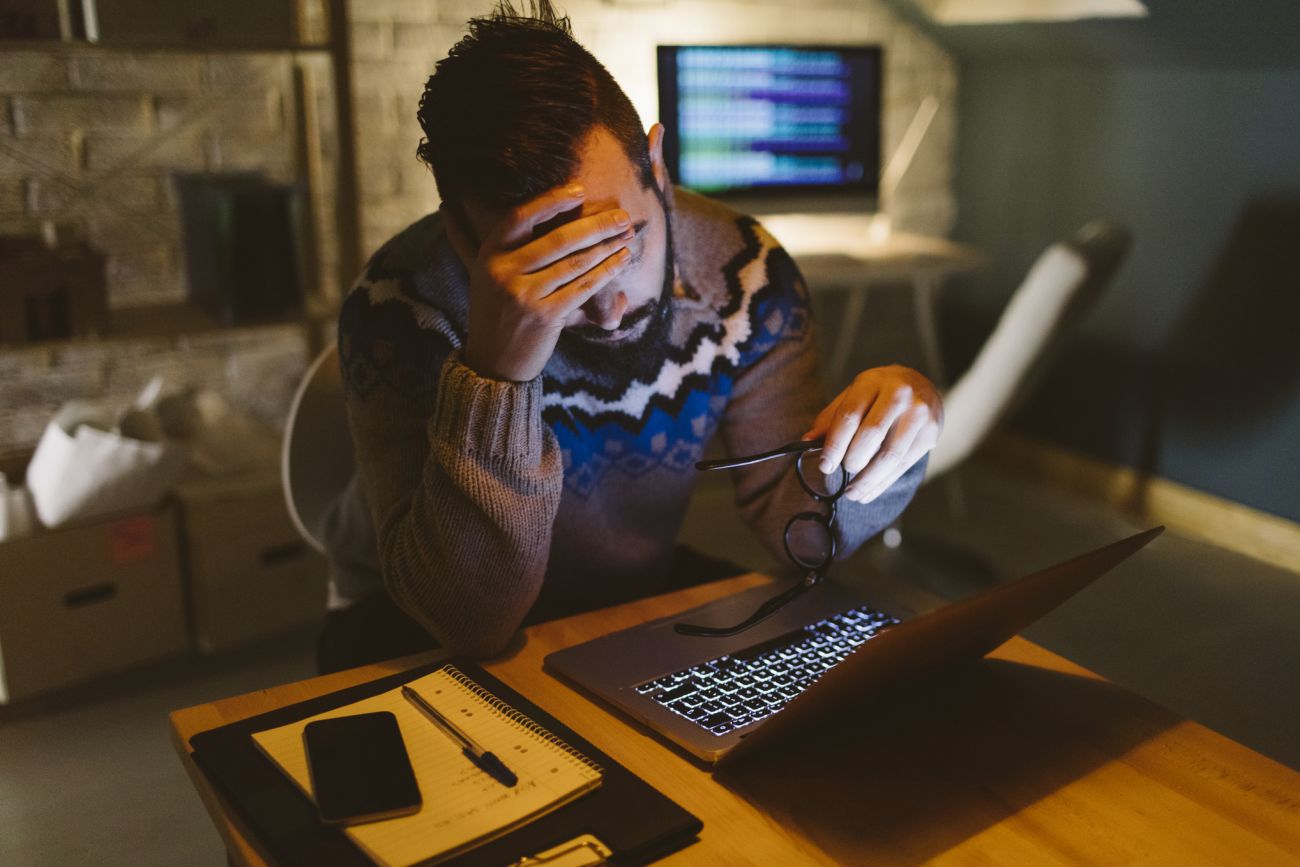 I’ve been in a lot of meetings where someone quotes that “90 percent of startups fail.”

That’s a myth, but even though the actual number is much lower, starting a business is undoubtedly hard and risky work. If you can learn from others to avoid some of the typical beginner mistakes, you can be one of the startups to succeed.

To build a startup with staying power, avoid these common blunders.

An idea is enough to start a business, but a plan is essential for sustaining it. While some may find planning tedious, you will be operating in the dark if you don’t have a roadmap for your company.

A solid business plan could be the single most important step in laying the groundwork for future success. You need clear steps of how to proceed but only in such a way that gives you the flexibility to adapt to the ebb and flow of your industry.

Whether you’re too busy getting your startup running or too intimidated by the thought of writing a business plan, there’s no need to stress. A simple strategy that outlines finances, marketing and key business details will suffice. Then add some goals that will give you direction and keep you on track during day-to-day operations.

Building a business requires both passion and patience — and the understanding that it will take a toll on the other areas of your life.

Be ready to make sacrifices, put in the necessary time and face challenges head-on to be successful. Be up front with friends and family so they understand what your time commitment will be. If they know this from the start, they’ll be more supportive of your vision. You’ll need this support in the stressful and frustrating life of an entrepreneur.

Also, no matter how much time and energy you put into your business, if you’re not truly interested in the problem you’re solving and the people you’re helping, you won’t get very far. You have to care deeply about what you’re creating and who you’re building it for, otherwise, you’ll find it almost impossible to sustain the necessary energy to make the best choices.

Related: 10 Quotes on Persistence to Help You Keep Going

Waiting for perfection has killed more startups than jumping the gun and launching too early — which can also be detrimental. Of course, when you’ve got a killer idea, you naturally want to introduce it to the world in its best form. But at what point do you accept that perfectionism is stalling your progress?

Your business isn’t going to be perfect. You’ll need to work out the kinks, and you can really only do that once you’ve launched. You will get nowhere trying to perfect something before you encounter the real problems customers will have.

No one immediately launches perfect solutions, besides which early adopters are fairly tolerant, so you can do this incrementally. Your target audience won’t expect a newly launched product to be 100 percent perfect, but they will expect to work with you to create the best version of what they need.

Setting a price either overestimating or undervaluing your product or service is a common misstep for entrepreneurs. It’s important to understand tax consequences, variation in labor rates and what your actual costs will be so you can price correctly.

Many times, a lack of confidence is what causes startup owners to under-price. Pricing too low undermines the unique value of your company, and recovery from undervaluing your goods is a long and tedious task. To save yourself this uphill climb, explore the market thoroughly to identify the best price point for your product.

EventVue, a company remembered now mostly for the post-mortems after it failed, was hurt badly by under-pricing its enterprise software. By going after larger event organizers without a recurring fee or appropriate pricing, the company found itself with a lack of funds. They eventually realized their mistake and attempted to pivot to bring in more revenue, but it was too little and too late.

On the flip side, it’s just as easy to overestimate the value of your goods. Pearl’s RearVision, for instance, priced itself out of existence. While the product was touted as the best backup camera available, $500 was too much for buyers to swallow, especially when they came standard in most vehicles and reliable ones could be purchased much more cheaply elsewhere.

Related: 3 Lessons About Setting Your Price Learned From a Vegas Prostitute

There’s a reason the catchphrase “fail fast” is so common. Regardless how popular a mantra, failing is still a scary thought. Many people believe failure is the opposite of success, when, in fact, it can be the key to success. Failure is only a problem when you don’t learn anything from it. It’s simply a matter of perspective, so change your mindset.

Overcoming setbacks and obstacles is the price you have to pay to succeed. Think about your failures in constructive, analytical ways because, if you do fail, you’re in good company. Most of the world’s most successful entrepreneurs — Richard Branson, Larry Page, Arianna Huffington, Steve Jobs — made massive mistakes on their path to success. They didn’t give up. They overcame their fear of failure and learned from their mistakes.

Ignore the naysayers. Armchair entrepreneurs aren’t worth your time.

Related: The Dozen Difficult Steps Necessary to Succeed at Entrepreneurship

6. Drinking your own Kool-Aid.

Sure, you want others to fall in love with your product, but what if they don’t? Agility means that no matter how much you love an idea, you have to be flexible. A market opportunity does not necessarily equate to a market need, so you need to be quick to recognize if your idea is failing.

Clearly evaluate where your product fits into the market and be completely certain you’re building a product people actually want. If you need to pivot, embrace it. Seizing a market opportunity that wasn’t previously apparent is a measure of success.

Slack wasn’t always a highly popular instant messaging tool for businesses. Its success only came after founder Stewart Butterfield failed at building a multiplayer game and pivoted to using just the messaging portion of the product.

Business owners who believe they’re the next Steve Jobs and no one — including customers — knows as much as they should prepare for an uphill battle. Take Better Place, for example. CEO Shai Agassi dreamed big for Better Place and talked even bigger. He didn’t just plan on selling electric cars, he was going to get rid of our dependency on oil. These lofty goals soon became delusions of grandeur. As one former board member explained, “We were building our own charge spots and call centers. We thought we could do everything better.”

The startup ecosystem has a vanity problem. It’s imperative for business owners to stay humble.

Related: Lessons From a Startup That Scored $836 Million in VC — and Failed

Startup owners who have a huge vision and are ultra-ambitious will definitely capture a VC’s attention, but money isn’t everything and shouldn’t be the only goal.

Startups often prioritize raising money over searching for a product market fit and building a user base. If they do succeed in raising money, they assume that means they have a successful business. But money doesn’t work like that. Every year, highly funded and over-valuated startups fail.

Case in point: Yik Yak. While the anonymous social network raised $73.5 million, the app faced the predictable problems of any forum offering anonymity to chat users. All the capital and buzz in the world couldn’t maintain the hype, and the company shut down in May 2017.

Related: Why an Anonymous Messaging App Might Land you in Trouble

And then there’s Beepi. While the company had a good idea — a marketplace for people to buy and sell used cars — it was not run well. It had been valued as high as $560 million in previous funding rounds, but those running the company had the wrong priorities. According to one ex-employee, Beepi was burning through $7 million a month at its peak of 300 employees. Ultimately, the company shut down in February 2017.

At the end of the day, no amount of cash can fix a lack of business experience.

Related: 3 Steps to Take, to Avoid Sinking Your Startup

“If you build it, they will come” is one of the most common misconceptions of entrepreneurs. How do you expect to gain customers when they don’t even know you exist?

Marketing can take many forms, from referrals to traditional advertising to social media to proper SEO. While there are no hard-and-fast rules, the best type of marketing for your company will depend on your business and your target audience. The biggest mistake comes from assuming you don’t need any marketing. Don’t spend all your budget on development — save some for marketing.

But your work doesn’t stop there. A business is more than a logo. Your brand is a deeper, more articulated definition of your business. It is the guiding light, a reminder of what you want your business to be and represent. Get the word out and make yourself a thought leader. One or two news stories on your company is great but just a short-term gain. In the fast-paced, saturated digital era, personalized content promotes higher engagement rates.

There are only 24 hours in a day. The reality is that you can’t do everything yourself.

Arrogance is a big killer of the startup dream.

Recruitment, management, legal and finance can be problems for entrepreneurs. Find an expert whose job is to know exactly what you need. Zenefits, a company aimed to provide human resource services to small businesses, was a noble idea with a huge market. It was particularly useful regarding health insurance. However, the company’s downfall came from a slew of founder Parker Conrad’s mistakes. He failed to properly manage employees and took shortcuts. Zenefits also used its own software to handle its own HR, which Conrad himself personally looked after. Ultimately these (and more) internal problems led to illegal selling of insurance and nightmare for everyone involved.

Entrepreneurs and small-business owners should ensure potential candidates have the proper attitude to make them the right fit for the company, as choosing the wrong team results not only in lost income and time but also depletes employee morale.

May 14, 2018
Learn to Stop Saying ‘Um’ and ‘Ah’ Before The Media Comes Calling
8 Key Questions to Ask Before Hiring a PPC Company