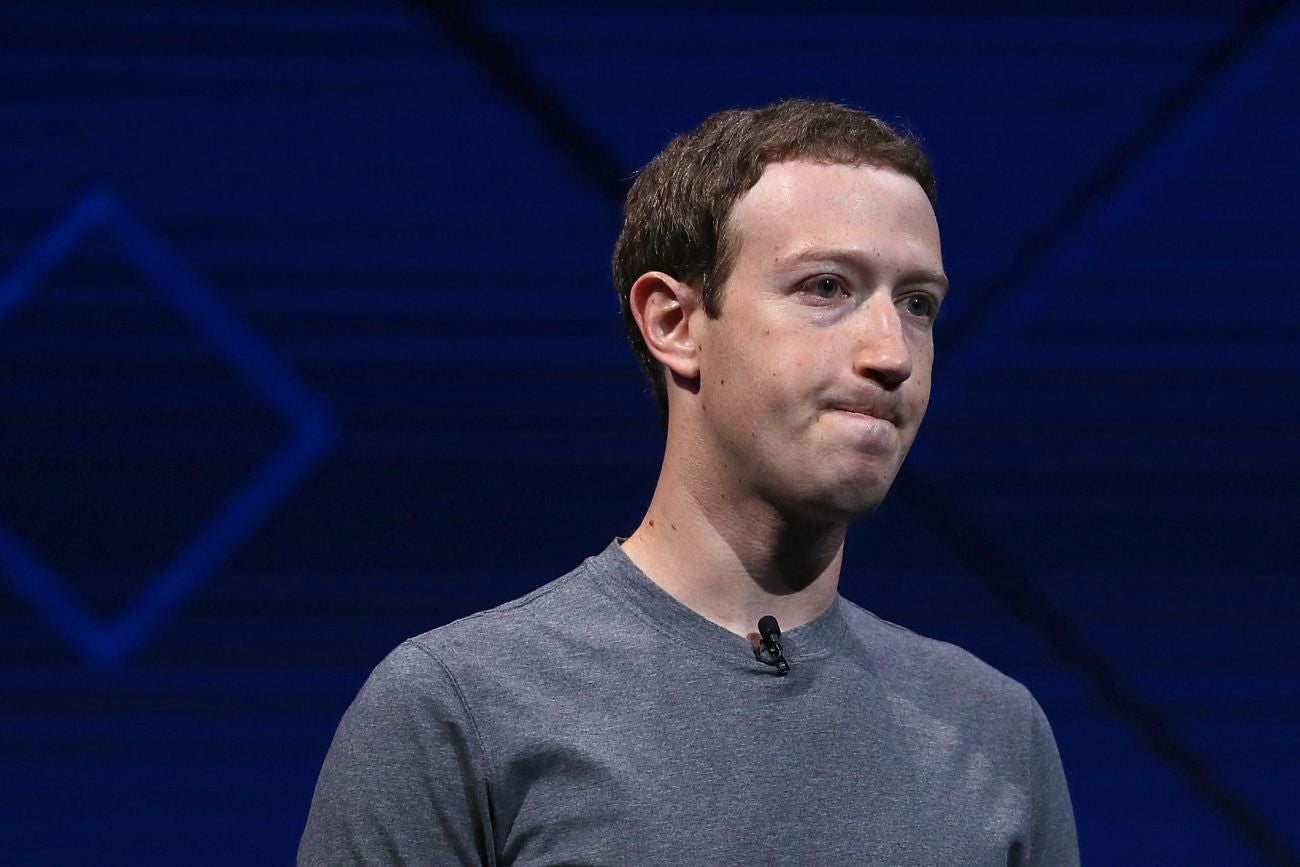 Mark Zuckerberg has not had a good week. A two-year long PR crisis has come to a head, and Facebook is facing some serious backlash. So the question is, how can Facebook win back the hearts — and more importantly the trust — of millions?

As it stands right now, Facebook staunchly believes itself to be a platform — but what it really needs to be is a brand. Brands fight for our business, and they do so by fighting for our attention. And as a result, brands have personality. Brands make us love them. And that’s the action Zuckerberg needs to take.

Think about the companies we all love: Apple, Amazon, Tesla. These brands have purpose, they have meaning — they have created relationships with their consumers. And that relationship is what keeps the public loyal, even in the face of a communications hiccup. (And yes, we are all aware that playing a questionable role in a major election is more than a hiccup … but still.)

Apple is an omnipresent brand, but it is by no means a perfect brand. It’s publicly confirmed it slows down batteries of older models. Yet here we are, still carrying our iPhones, looking for chargers. Because at this point, going non-Apple just really isn’t an option.

That’s the beauty of “brand.” It breeds loyalty. It has longevity. It attracts love.

Brands tell a story. They make the consumer feel things. They forge a personal connection. But, Facebook has always focused on the service, not on the emotion. And yes, its product is functional, but that doesn’t mean it has to eschew the connection. No service is more functional than Amazon, but its brand is full of connection. Just look at its Super Bowl commercials. They were fun, heartwarming, engaging — and they were also a great PR effort for Jeff Bezos. The ads humanize a utilitarian brand, creating affinity and loyalty among consumers.

Steve Jobs was the inspirational, intelligent and beloved CEO who made it seem that, more than anything, he cared about moving society forward. Apple’s goal was making your life better, easier, more efficient, more fun — and consumers loved that idea.

Related: The Co-Founder of Whatsapp, Which Is Owned by Facebook, Tweets ‘#deleteFacebook’

Once Jobs was gone, Elon Musk wanted to take on this role. And through tireless efforts, he’s successfully filled those grey New Balance sneakers. Zuckerberg, on the other hand, hasn’t tried to enter this space. And now, it’s biting him in the you-know-where.

Tesla and SpaceX have had plenty of production issues. Potential bad press follows Musk around like a bad boyfriend, but we still love him and his companies. And that’s because he’s able to create a narrative of innovation and inspiration that consumers and investors are always willing to stand behind. He mystifies them. He charms them. He makes them fall in love with him. He’s got a bit of a P.T. Barnum effect, actually.

And that’s what Zuckerberg is missing.

Facebook is at a pivotal point in its history. Currently, if we’re talking about its relationship status with the public, “it’s complicated.” But, with the right personification and branding, it can get back in the public’s good graces despite the information crisis, and people will keep sending “friend requests” and tagging photos. Just like people keep buying iPhones.

So, what needs to change? Right now, Facebook’s brand communications are entirely transactional. Zuckerberg tells us what is happening but not why it’s happening. And as a result, people view the brand from a place of utility. Nobody loves Facebook; they just use Facebook. It’s a product, not a brand. And if the platform is going to survive this PR nightmare, it needs people to feel a legitimate and emotional connection to it. It can’t just count on consumers using Facebook because it’s convenient; they need people to love using Facebook.

Facebook needs to take its consumers on a journey, one that paints an inspirational and powerful vision of the future. It needs to create a narrative that makes Facebook an integral part of a better tomorrow. It needs to feel helpful, but human. It needs a brand story. It needs a bit of Barnum.

And it shouldn’t be hard to do! Facebook — as a platform, as a brand, as whatever you want it to be — is already about “making the world a better place by connecting people.” That’s a powerful message that consumers can get behind.

Related: Don’t Let a Data Debacle Like Facebook’s Happen at Your Company

But now, in the wake of the Cambridge Analytica crisis, we’re seeing what happens when the world doesn’t get better by connecting people. And since Facebook hasn’t spent time telling us a powerful narrative about the good side of connecting people, we’re primed to believe and to become easily swayed by the bad side.

It’s time for Facebook to realize that it is a brand. And then, for it to begin acting as such. It needs to invest time and effort into making people love them.

It’s time for Facebook to change the narrative and turn its story into something positive.

If Zuckerberg wants to save his company, he needs to strike an emotional chord. He needs to earn his consumers’ trust. He needs to create a future-looking brand story, one that makes Facebook feel important and inspirational — and imperative.

He needs to take us back to 2008, when we were all constantly changing our profile pictures and friending everyone we met. Back to poke wars and 60-photo albums, and afternoons spent writing on people’s walls.

He needs to make us fall in love with Facebook all over again.

March 26, 2018
How to Boost Deliverability and Win at Email Marketing
The Biggest Mistake People Make About CMOs