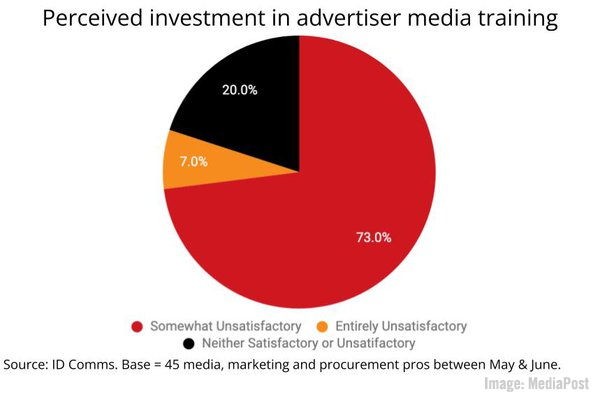 B2B customer journeys that begin at review sites are significantly shorter
B2B buying journeys average 192 days in length, dropping by 63 percent when a buyer’s first touch is with a review website, while the buying process is significantly longer than average when first-touch channels are social or paid media — three of several findings of interest to B2B marketers contained in newly-released report data. MarTech

Why personalization is more important than ever for brands [Report]
62 percent of consumers have said brands that don’t deliver personalized experiences will lose their loyalty, a figure that’s up seven percent from rates in 2021, while some 63 percent said they are fine with brand personalization efforts as long as they use voluntarily-shared first-part data, according to recently-released survey data. SmartBrief

For Many Americans, Trust in Businesses Must Be Earned
54 percent of U.S. adults have lost trust in a company or brand, with 42 percent switching to a competitor’s product, in an environment where 42 percent have said that they tend to trust companies and 39 percent said they don’t — four of the findings contained in newly-released survey data of interest to digital marketers. MarketingCharts

“We often think of trust in a consumer context, but it’s just as critical — and even more complex — in B2B buying.” — Dara Schulenberg @dschulenberg of @awscloud Click To Tweet

New Insights Highlight the Best Times to Post on Facebook and Twitter in 2022
When it comes to the best times to post on social media platforms Twitter and Facebook, Tuesday and Wednesday were seen as top Twitter posting days for engagement, with Sunday the worst, while Tuesdays at noon and weekdays at 3:00 a.m. topped Facebook global engagement rates, according to recently-released Sprout Social data. Social Media Today

Report: 94% of consumers want control over the information they share with companies
85 percent of marketers said that trust and transparency directly correlate with advertising spending return-on-investment (ROI), with 88 percent have said they have concerns about data privacy laws — two of several statistics of interest to B2B marketers contained in newly-released survey data. VentureBeat

Who’s Making the Decisions About Earned Media Spending?
When it comes to making decisions about earned media spending, some 34 percent of public relations professionals have said that their CEO is the decision maker, with 15 percent pinpointing corporate-level PR and communication workers, and 12 percent saying corporate marketers, according to recently-released survey data of interest to online marketers. MarketingCharts

Report Finds Advertisers Insufficiently Trained, Should Have A ‘Chief Media Officer’
73 percent of advertising executives found their investment in advertiser media training to be somewhat unsatisfactory, with the same percentage noting that advertisers should invest in a chief media officer role, while lack of budget was seen as a top obstacle, and the fastest-growing training area was fixing capability gaps, according to recently-released survey data. MediaPost A lighthearted look at “friends, fans, and followers” by Marketoonist Tom Fishburne — Marketoonist

It’s Not Too Late to Save the Metaverse — Wired

Have you run into your own top B2B marketing news this week? If so, please don’t hesitate to let us know in the comments below.

Thanks for joining us for this week’s TopRank Marketing B2B marketing news, and we hope that you’ll return again next Friday for another selection of the most up-to-date and pertinent B2B and digital marketing industry news. In the meantime, you can follow us on our LinkedIn page, or at @toprank on Twitter for even more timely daily news.

July 8, 2022
How to Create a Lean Email Marketing Plan for Your Startup
Is Your Digital Marketing Strategy Missing the Mark? Here’s How to Tell