Creative director and graphic designer, Thomas Ollivier, did a project where he imagined large internet platforms as physical objects which he called, “Re: Birth” . He created a series of objects that were popular in the 80’s with the design of different social networks. The exhibit is currently in The Media Majis , a museum in Doha, Qatar. 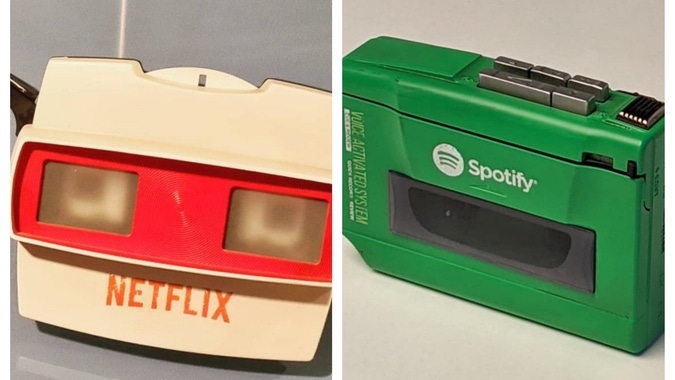 Netflix envisioned it as a slide viewer of those. Instead of being instant communication through messages, WhatsApp recreated them as two intercom radios that some people used to talk through.

Before, pagers were very common, devices that received very short messages and were very common for jobs. Adobe recreated it as the Etch-a-sketch toy, a small blackboard on which they could draw pictures with the handles at the bottom.

Spotify of course was represented through a cassette walkman, the iPod of the time. Google was also inspired by a toy that was used to help children with their writing skills called Speak and Spell. And finally, Instagram was imagined as an analog camera of the time.

It’s a striking way of talking about how technology has advanced and changed over time, from tangible tools and toys to something completely digital.

October 4, 2021
How to Improve the Efficiency of Your Marketing Spend By 40 Percent
Boosting B2B Marketing Credibility with Social Proof and Influencers: 4 Tips