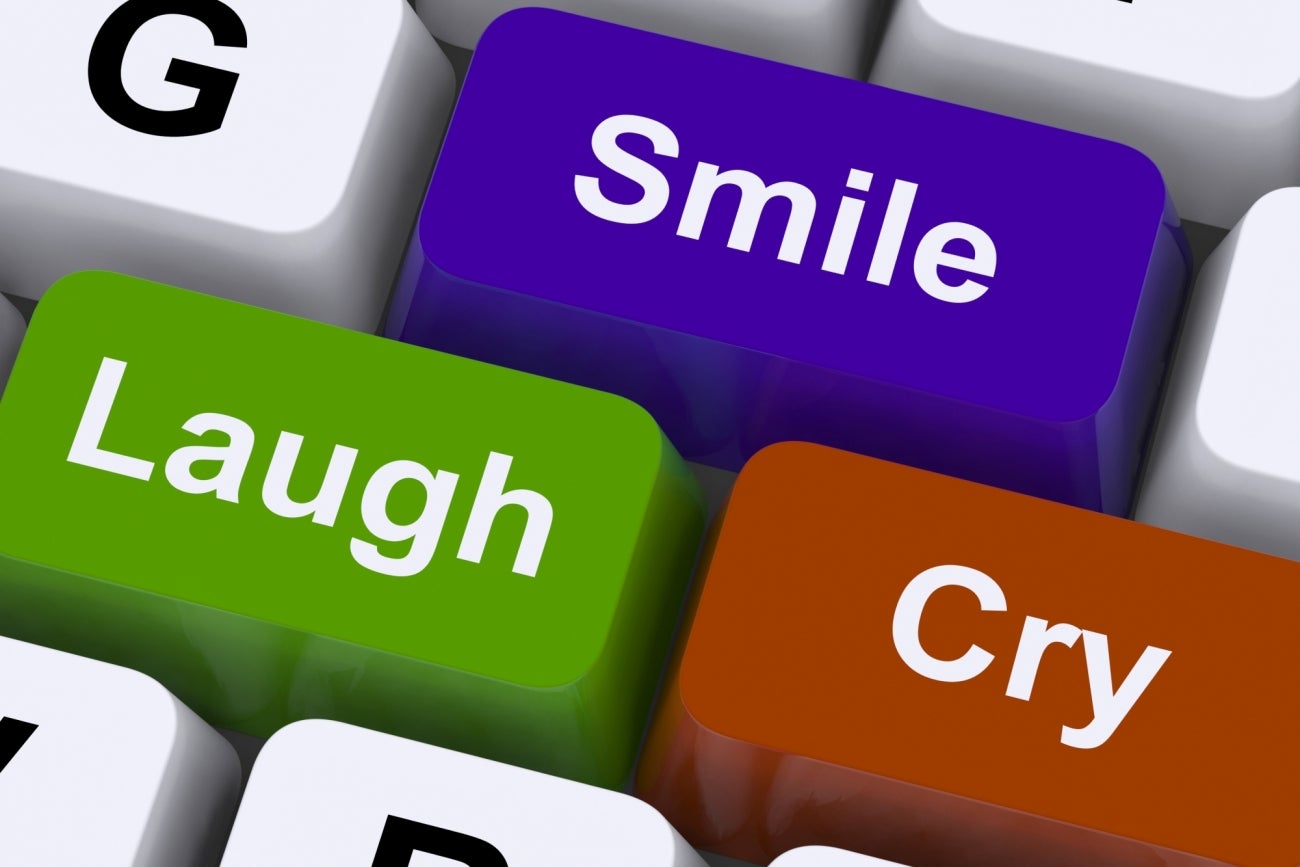 Consumer disenchantment with social media advertising is the problem. How are you going to fix it?

Facebook recently announced it would prioritize posts from friends and family over those from publishers. The implication? An already diminished organic reach will decline even further.

Related: How to Sell With Emotion

The only solution left for serious marketers may just be paid ads. But ads are not going to magically enchant your audience.

In fact, consumer disenchantment with social media advertising is not peculiar to Facebook alone. Across social media channels, consumers are seeking content that feels “human” and improves their sense of community. Small wonder, then, that the most shared ads are those that rely heavily on emotion.

If you’re a marketer hoping to be heard above the din, your best solution here is to run campaigns that satisfy consumer needs for friendship, family and community. And, one of the ways to do that is through emotional advertising.

Not that that’s something new: Psychological principles have long been used by marketers to elicit desired responses from consumers; and, here, emotional advertising is an all-time favorite strategy. A Nielson report, after all, found that ads which generated a high emotional response — as opposed to those that didn’t — also generated sales by up to 23 percent higher.

And a study by the Institute of Practitioners in Advertising also found that ads with emotional content performed twice as well as those with only rational content, and delivered better profits.

What these findings show is that emotional advertising works. So, if you’re looking to revamp your social media campaigns by tugging at the sleeves of your audience’s emotions, here are suggestions for how to do it.

Identify the emotions you wish to associate your brand with.

According to findings from a 2014 research at the Glasgow Institute of Neuroscience and Psychology, we humans have four basic emotions: happy, sad, afraid/surprised,and angry/disgusted.

To strike a chord, emotional ads need to speak directly to what your brand represents, matching the brand in tone and style. For instance, ads run by a local watch-seller would have an entirely different feel than those run by Rolex. Although both sellers may choose to target happiness as the response they want from their audience, the delivery will be different for each brand.

Related: 5 Ways Entrepreneurs Can Use Emotional Intelligence for Marketing

Your ad should also tie in with your brand’s goals for more effectiveness. An example is an anti-smoking campaign titled Smoking Kid, which was run by ThaiHealth. The message was so powerful that the ad went viral in 30 countries and coincided with a 40 percent increase in hotlines that help smokers quit.

Keep in mind that although emotional ads increase sales, they are often difficult to create. Many companies have tried and missed, like this one and this one. In addition, ads that run on social media can quickly get out of hand.

What’s more of a sure thing are the following five psychological hacks to help you launch compelling social campaigns.

This is by far the most important aspect of your ad. Human beings are wired to process images faster than they do text. In fact, 90 percent of the information transmitted to the human brain is visual. And it takes the human eye just 13 milliseconds to see an image.

But what has that got to do with emotion? Pictures affect our emotions in two ways: through how we relate to the colors in them and through the memories they evoke.

Red, for example, is an emotionally intense color and is often associated with energy, passion or desire, making it a favorite of energy brands. Contrast that with yellow, which often represents happiness, or with blue, which evokes feelings of calm.

A picture of a smiling child holding a gift can trigger memories of the gifts we received in our childhoods. Paired with the right words and colors (say, red and white at Christmas), this kind of image could, for instance, drive traffic to a gift shop.

Choosing the right visuals for your ads, therefore, is a must for a successful campaign. The right visuals will not only make the message more powerful, but the campaign more memorable.

Include a human face.

One of the many reasons for this is that facial expressions are universal and we read emotions in faces. Irrespective of tribe or background, a human is able to tell whether someone is sad, angry or happy in a picture. By leveraging faces in your ad, you can set the mood from the start, using the model’s facial expressions to trigger desired emotions in your audience.

Next to visuals, the other thing human beings love is a well-told story. Storytelling especially works with ads that aim to increase brand awareness. This primes your audience members, making them more receptive to ads that actually sell something.

An example is the Airbnb Facebook ad Wall and Chain, which was nominated for a Webby Award. By telling a story of a man trying to find his sense of place, Airbnb not only delivered an ad that resonated with its audience but aligned with the brand image.

Another way to tell great stories on social media is through sequenced messaging. Refinery29, a fashion and beauty website, partnered with Adaptly and Facebook, tried this out. It found that the test group which was told a story through the ads converted at the highest rate compared to other test groups.

For best results, then, pair your campaign with a great story. In a world of fast scrolls and short attention spans, you might get a chance to linger longer in the mind of your audience.

Sell the benefits, not the features.

The world’s most powerful brands are those that have mastered the benefits-versus-features hack. Coca-Cola has become a household name by selling the “feeling of drinking a Coke,” not the drink itself. It’s so effective that the sight of Coke’s iconic red can make some people thirsty for a drink. Who wouldn’t want to “open happiness”?

In other words, sell the result, not the product. Give some thought to the benefits that your products and services bring to your audience and sell that satisfaction.

What does home delivery actually mean to your consumer? It means: “You don’t need to visit our store. We will bring it to you so you won’t have to leave your kids.”

FOMO — or fear of missing out — officially became a thing way back in 2004 when Patrick McGinnis wrote about it in The Harbus, a magazine of the Harvard Business School.

One of the hallmarks of social media is that people want to be part of events as they unfold. FOMO refers to “a pervasive apprehension that others might be having rewarding experiences from which one is absent.”

This phenomenon is especially true for millennials; 69 percent of millennials, according to the Harris Poll, experience FOMO. So, if you’re targeting millennials, throwing in a bit of FOMO might give them the final nudge. FOMO marketing techniques use countdowns, show social proof and promote experiences.

Closely related to FOMO is exclusivity. By making your product somewhat unreachable (through limited editions or offers), you can increase the desire for it.

One of the surest ways of gaining traction with a campaign is to take on a social issue. However, this s also a dicey method because it requires careful execution. Done right, it can set your up your brand as thoughtful and sensitive.

An example is the Always Like a Girl campaign which addressed the self-esteem and confidence issues faced by teenage girls during puberty. The campaign won several awards and received over 65 million views on YouTube.

Related: 3 Great Ways to Create an Emotional Bond with Customers

While brands like Always have excelled with this technique, other brands have also failed. The key here is to study your audience members thoroughly and understand their motivations, fears and passions.

An excellent emotional social campaign is a mix of many things done well: great visuals, excellent storytelling and copy that sells the specific benefits of the product or service. Promoting exclusivity can also trigger desired responses in your audience. More daring brands will take on a social problem for even more impact. Overall, the perfect campaign can be achieved only when brand goals are crystal clear and the audience is thoroughly understood.

March 13, 2018
Getting Personal: 3 Steps to Personalizing Your Automated Email Campaigns
Our Favorite Photos From the Wild, Tech-Filled SXSW 2018