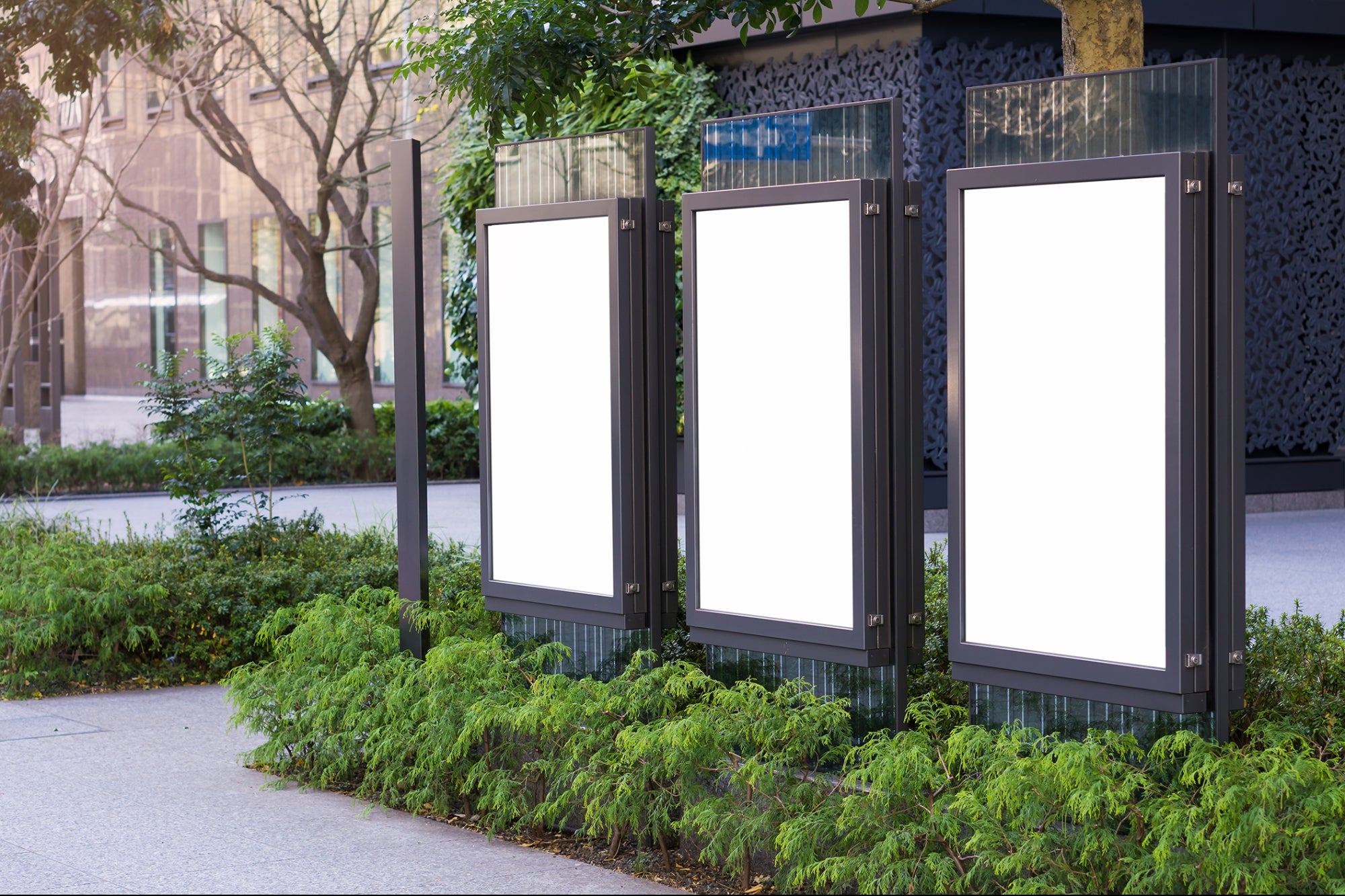 The rise in social media misinformation and online data collection has consumers on edge. Additionally, escalating distrust in television news has viewers losing faith in what they see. For example, while Connected TV (CTV) may seem like the new media darling, it isn’t without its issues either. As the channel’s ad spend grew to over $15 billion in 2021, fake advertising content also saw an increase. In fact, fake ad campaigns on some networks were as high as 18%, Peer39 reports.

Large shifts in consumer trust are upending marketing strategies, forcing brands to adjust which channels (and how much of each) make it into their media mix. Fortunately, this is where out-of-home (OOH) advertising enters the fold.

Trustworthy, cost-effective and celebrated for boosting the performance of other channels, here are three key reasons OOH is an ideal mainstay in marketing portfolios:

Advertising fraud is rampant. It’s a widely known facet of digital advertising that’s not just wasting ad budgets, it’s downright stealing from them. Just how much? The numbers are startling: $23 billion worth of U.S. ad spend is what Juniper Research expects to be lost in 2022. Another projection coming from TrafficGuard predicts by 2024, U.S. companies will lose $100 million per day to advertising fraud. What’s even more concerning is that most ad fraud goes undetected. When it is identified, it’s incredibly time-consuming, expensive and disruptive to correct inaccurate reporting.

As ad fraud grows unrestricted across digital channels, brands are turning to OOH, where advertising dollars are 100% focused on reaching people in the real world. Even in digital OOH (DOOH) forms, fraud is a nonissue. That’s good news for CTV advertisers looking to easily leverage their creatives with DOOH. Even better news: The tracking challenges and operational inefficiencies of the CTV channel that lead to wasteful spending and inaccurate reporting are nonexistent in OOH. Rather than having 1 in 4 ads being shown when a TV is turned off, DOOH advertisements can be on 24/7 at highly visible locations.

OOH is fundamentally safe, stable and trusted by consumers. Unlike digital display and mobile ads, outdoor ads don’t leave consumers with that Orwellian-Big-Brother feeling that someone is watching. Check consumer privacy issues off the list of concerns. Click bots, too. There’s no risk of ad blocking, bots or even viewers skipping ads.

Advertisers are in control of their OOH medium and creative. Map-based online OOH buying platforms that provide street-view imagery mean advertisers can effectively scout outdoor inventory to avoid running campaigns in undesirable and unsuitable locations. Try getting that level of control with digital, TV and CTV ads. It isn’t possible. Ads on these channels often run alongside brand-irrelevant — and sometimes offensive — content, leading consumers to build negative associations and assumptions. But being able to handpick outdoor ad placements alleviates this concern altogether.

By engaging consumers in their day-to-day lives, OOH has a legitimizing effect that, even if an ad doesn’t resonate with every viewer, builds brand trustworthiness. The proof is in the numbers. Some 58% of consumers are likely to believe OOH messaging compared to TV, social media and digital ads.

Related: Why Transit Digital Out-of-Home Advertising Is Here to Stay

3. It’s efficient (offering one of the lowest CPMs of all mediums)

The average cost-per-thousand (CPM) for primetime broadcast TV is $36. For cable, it’s $19, and CTV is $23. With an average of $2.84, OOH is among the most affordable of all major media channels. Whether running in bulletin, billboard, poster, transit or digital place-based form, the Out of Home Advertising Association of America reports that OOH ads provide considerably more value in terms of reach than television, radio, print and most online advertising.

What’s more is that OOH performance is on par with other ad formats. OOH made up only 4.1% of 2021’s total ad spend, but still generated comparable or a greater share of action than all other mediums. Of consumers surveyed by the OAAA and Comscore, 41% reported using a search engine after seeing an OOH ad — that’s 5.3 times the amount of activity that’s expected given its relative ad spend.

These figures came out right as The Harris Poll reported the following trends: Consumers are annoyed with ads increasingly interrupting their viewing, listening and reading experiences (78%); they are skipping online ads (68%), and they are actively trying to cut time spent on their phones, computers or watching TV (43%).

With consumers noticing OOH at their highest numbers yet (47% of people in urban areas say they’re noticing OOH ads much more), advertisers can capitalize on heightened awareness to reach and engage audiences across demographics. Coupling OOH with social media, advertisers are seeing major campaign amplification. Two-thirds of Gen Z and millennial consumers have seen an outdoor ad reposted on social media, and 91% and 82%, respectively, say they themselves would reshare an ad.

Related: Outdoor Advertising Is Conquering. Why Aren’t You Using It?

Against today’s volatile marketing media background, advertisers need to be smarter and more strategic than ever to make the most of their budgets while driving results. OOH is the ideal addition to any media mix, both strong enough to stand on its own and impact consumers — and with a proven ability to elevate other advertising formats. The moral of the story: Cut out what doesn’t work, and lean into what does — OOH advertising.

September 7, 2022
Embrace Your Purpose As a Path to Success
How Much Do SEO Services Cost?